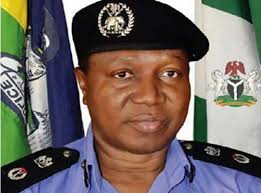 Abiodun Onafuye/Abeokuta: The Ogun State Commissioner of Police, Abdulmajid Ali, has vowed to deal ruthlessly with criminals in the state, especially pipeline vandals.

Ali made this vow while addressing officers and men of the command deployed for the special operation to tackle pipeline vandals at Arepo and some other areas of the state, at Ibafo Divisional Police headquarters.

The special operation coordinated by the police boss led to the arrest of four leaders of the vandals responsible for killings, damaging PPMC/NNPC pipelines and other criminal acts at Arepo for many years.

For the operation, the command deployed men from the Special Anti-Robbery Squad, SARS, Police Mobile Force, MOPOL, Safer Highway and Anti-Crime teams from various sections of the command to attack the hoodlums in the creeks with two armoured personnel carriers, APC.

The names of the four suspects arrested during the operation were given as Pere Ugbozuwa, 40, who is the Secretary to the group. Others are Audu Tony, 39, Ifeanyi Eze, 29 and Ojogo Ezekiel, 23.

They are undergoing interrogation at the Special Anti-Robbery Squad, Magbon, Abeokuta.

A statement signed by the police spokesman in Ogun State, DSP Muyiwa Adejobi, said the suspects have made useful statements that will assist the police in carrying out a thorough investigation.

Adejobi also disclosed that operatives of the Quick Response Squad of the Command arrested two vandals identified as Olamilekan Akinyemi and Ramon Mudasiru near the Mountain of Fire and Miracles Ministries along the Lagos-Ibadan Expressway.

“CP Ali wishes to appeal to residents of Arepo and other areas where these elements have been terrorizing residents to be calm and support the police in this battle against the criminals who are sabotaging Nigeria’s economy.