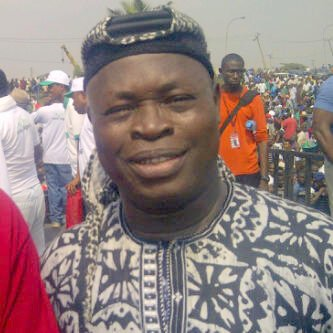 Akintola made this appeal in a statement, released on Monday in Lagos.

In 2014, a military court sentenced 54 soldiers to death after they were found guilty of mutiny.

Akintola said that the ongoing arms gate trials had revealed that the Nigerian soldiers were deprived of arms at the time while the top echelon mishandled the money meant for the procurement of arms.

“This may have informed the decision of the Chief of Army Staff (COAS) to commute the death sentence to 10 years imprisonment for each of the soldiers.

“Leveraging on the Ramadan season as the divinely acknowledged month of mercy (rahmah), we appeal for presidential pardon for the soldiers,” he said.

Akintola said that Prophet Mohammad said that the “beginning of Ramadan is a blessing, its middle is forgiveness while its end is freedom.

“We appeal to the President to allow these three qualities of Ramadan reflect fully in his actions and utterances, particularly regarding the case of the 54 soldiers.

“There is no gainsaying that Nigeria is in dire need of prayers today. We are plagued with the problems of insecurity, insurgency, militancy among other problems”.

According to him, our leaders always ask religious leaders to pray for the country, even as our imams and pastors are praying.

“The best assurance that Allah will answer this country’s prayers is for our leaders to show remorse and seek Allah’s forgiveness for our collective trespasses.

“So what better way is there to seek Allah’s forgiveness than by first forgiving our own perceived offenders.

“A nation that seeks divine blessing must first purge itself of its judicial wrongdoings. We contend that the 54 soldiers among some other prisoners are innocent souls,” he said.

He also called on the state governors and Chief Justices to seize the opportunity of this month of mercy to visit prisons and set large numbers of innocent prisoners free.

“This is one of the steps which our leaders must take to secure Istijaabah (Allah’s positive response to prayers).

“It will show that we, as Nigerians, confess our sins before Allah. We are showing remorse, asking for forgiveness.

“We are forgiving those who actually offended us collectively as well as our perceived offenders.

“So that Allah may close the doors of our country’s travails and open the doors of peace, blessings and prosperity for us. Nigeria will be great again,” he added.