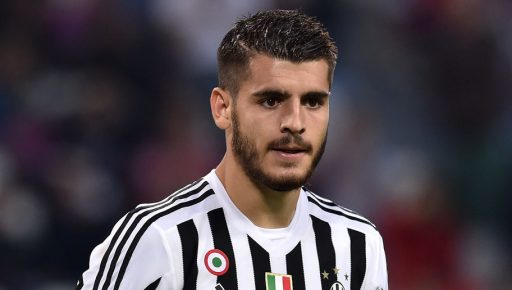 Chelsea are to step up their attempts to sign Álvaro Morata from Juventus and hope to make progress this week before the start of the European Championship.

Morata, capped nine times by Spain, is a long-standing target for Antonio Conte after initially being lined up to join him at Juventus in the summer of 2014, only for the manager to take up the reins of Italy’s national team. The forward subsequently moved to the Turin club from Real Madrid regardless, on a five-year contract, and Conte has asked his new employers to secure the 23-year-old’s services as he seeks to bolster Chelsea’s attacking ranks.

The deal is complicated by the fact that Real intend to activate a £23m buy-back clause in the player’s contract, albeit only with a view to selling him on immediately at a profit. The European champions would seek nearer to £40m for him.

Juventus signed Morata in 2014 rather than targeting Romelu Lukaku – another player Conte would like to pursue this summer – and he has since scored 27 goals in two title-winning seasons in Serie A. The Spaniard can feature as a lone forward or in a partnership, and had attracted interest from the likes of Arsenal and Manchester United only for those clubs to switch their attentions, for now, to Jamie Vardy and Zlatan Ibrahimovic respectively.

Chelsea have prioritised his arrival having released Radamel Falcao and Alexandre Pato to their parent clubs, Monaco and Corinthians respectively, after underwhelming loan spells. Loïc Rémy is also likely to depart before the new campaign, and Atlético Madrid have not given up hope of re-signing Diego Costa, even if it expected Chelsea will resist that interest.

There remains the possibility Chelsea will seek to restore Lukaku to their ranks, with the player understood to be keen to return to a club for whom he made only one Premier league start in a three-year spell after joining from Anderlecht in 2011. Most of that period was spent on loan, at West Bromwich Albion and Everton, before he made a permanent move to Goodison Park in 2014 for £28m. It will cost Chelsea at least double that to bring the Belgian back and much will depend on Everton’s new manager. Ronald Koeman is set to take that job, with compensation talks continuing with Southampton.

Morata, a Champions League winner with Real in 2014, has accepted he will effectively have to rejoin the Madrid club before securing a permanent transfer elsewhere given the existence of the buy-back clause. “Hopefully everything will be resolved before then, because it is uncomfortable to be helping your country with phone in hand,” he said. “My wish is to succeed in Madrid, but Madrid have great players and what I want is to play and feel important. There are some offers from England that are tempting, not only because of the contract.

“I think my characteristics mean the Premier League would be a great destination. With what I have learned in Italy, if I have the chance to learn something more in England I think it would make me a more complete player. I am 23 years old and I want to progress, to play and learn from the best.”Chelsea expect a busy summer given the team’s toils last term, with interest having already also been expressed in AS Roma’s Belgium midfielder Radja Nainggolan as well asnd the Italian club’s Greece defender, Kostas Manolas.