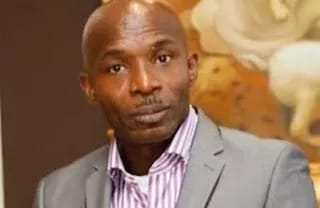 Jethro Ibileke/Benin: An aspirant of the All Progressives Congress (APC) in the September 10 governorship election in Edo State, Don Pedro Obaseki, has announced his withdrawal from the party.

Don Pedro, a nephew of a leading aspirant of the APC, Godwin Obaseki, told journalists in Benin that he has lost faith in the primary process of the APC.

He however insisted that‎ “I am undoubtedly running for, and shall contest the 2016 Edo governorship election slated for September 10, 2016.”

He announced that he would contest the September 10 governorship election under a new platform which he is yet to disclose, adding that he was still consulting and that in a few days time, he would declare his next destination.

His withdrawal from the APC in spite of assurances from the party that the primary will be free and fair, has raised questions ahead of the conduct of the primary.

The former Managing Director of DAAR Communications said it was becoming obvious to him that the outcome of the primary was already pre-determined to favour a particular aspirant and that the delegates were just awaiting to rubber stamp the aspirant.

“I have lost faith in the primary process. Unfortunately I was in Abuja on Thursday and I stumbled into a document that I cannot divulge to the public for security reasons that makes it obviously clear that all those who are buying or who have bought their forms to contest the primary of the APC are wasting their time.

“As an academic and someone who is guided by thesis, antithesis and syntheses, I elected to withdraw my intention to contest the primary of the APC. I will not tell you that I am no longer a member of the APC but I am more interested in being an E.D.O. (Empower, Develop and Opportunities) man than an APC man. I will rather be an EDO man than being in PDP. I am not running for the election as an APC candidate anymore. I am running for the election as EDO candidate on September 10.

“I have, therefore, elected upon wide consultations with my immediate and extended family, supporters, friends and well wishers, not to pay the unwholesome sum of N5,500,000 for the expression of interest, and nomination forms of the APC.”
‎
He alleged that the coming primary of the APC would be the most expensive in the history of the state as he alleged that each of the about 3,000 delegates would be bribed with N200,000.

“As a progressive, this is a painful, heart-wrenching decision for me. But I will rather sacrifice my APCness, so as to raise the banner of my EDOness. Edo is my life and lifeline. Edo is in my DNA. I call on our youths, women, elders, traditional and religious fathers to aid us in this herculean task of making Edo truly great.” Obaseki said.