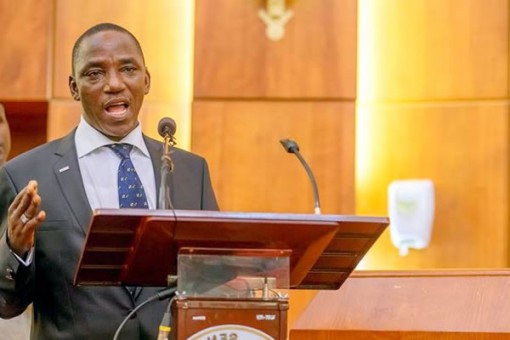 The Federal Government has promised to seek ways to immortalise the late Stephen Keshi, the Minister of Youth and Sports, Mr Solomon Dalong, has said.

The promise was contained in a statement issued by Nneka Anibeze, Special Assistant Media to the minister.

“I will formally inform the government of the death of this great Nigerian and I want to assure Nigerians that government will seek ways to immortalise him,’’ the minister said.

He said the news of Kechi’s death came to him as a big surprise as the former coach was neither sick nor had any health issues before his demise.

“It is with a heavy heart but gratitude to the almighty God that I, on behalf of the Ministry and the Federal Government of Nigeria, sympathise with the family of Coach Stephen Keshi (MON).

“Also , the Nigerian football family mourns over the untimely death of our amiable, dedicated and outstanding hero.

“I was really shocked by the news of his death. He was one of Nigeria’s heroes whose contributions to the development of football cannot be quantified,” Dalong said.

He said that as Captain and Coach of the Super Eagles, Keshi contributed greatly to the development and popularity of football in Nigeria.

“He was a trailblazer who dedicated his life and talents to his fatherland.

“I join millions of soccer followers across the world to mourn this illustrious son of Nigeria, Africa and the world,” Dalung said.

He said Keshi during his lifetime was an embodiment of all that was good about Nigerian Football.

Dalong said Keshi played the game from the grassroots, where he featured prominently at the prestigious Lagos Principal’s Cup that launched his playing career into the national limelight.

He said Keshi had a long career with the Super Eagles that saw him record well over 64 appearances from 1981 to 1995.

Dalong said Keshi’s sojourn to Europe opened the floodgates for other Nigerian players to go abroad and play football.

“He was one of the longest serving captains of the national team and won the prestigious Africa Cup of Nations in 1994 in Tunisia as captain of the team.

“That was the same year Nigeria was ranked 5th in the FIFA World ranking, the highest ever ranked African team till date.

“After his playing career, Keshi began his coaching career and managed Togo and Mali national teams before returning home to Nigeria in 2011 to handle the Super Eagles.

“This time, he won the Africa Cup of Nations in 2013 as a manager, making him one of two people to have won the tournament as a player and a coach.

“He also qualified Nigeria for the World cup and took the nation to the knockout stage of the World Cup against all odds,’’ the statement noted.