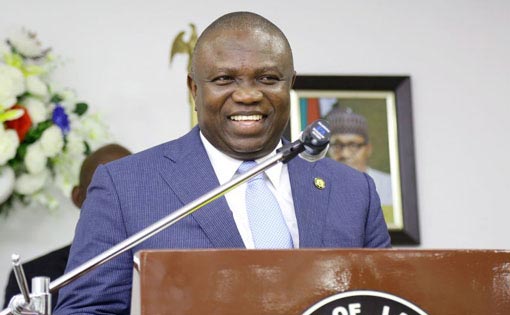 The Lagos State Governor, Akinwunmi Ambode on Wednesday in New York, United States vowed that his administration will increase its response to the challenges faced by people living with HIV/AIDS in the State.

Ambode, who spoke at a meeting with a delegation of Global Fund at the United Nations headquarters in New York said his administration was determined to stem the tide of HIV/AIDS in the state.

The Governor, in a statement issued by his Chief Press Secretary, Habib Aruna, had earlier declared his commitment to the judicious use of the proposed grant to be giving to alleviate the plight of people living with the deadly disease.

He was unequivocal about the economic sense of having a healthy population in driving the growth and development of the State.

Executive Director of Global Fund, Dr Mark Dybul remarked that the proposed grant to the health sector in Lagos State is to fight the scourge against HIV/AIDS.

This also comes at the back of the Paris declaration of last year, in which Lagos State along other major fast track cities of the world had signed on to end the epidemic by 2020.

According to him, this would be the first time in the history of global fund that a grant is being offered to any state government across the world. It is believed that Lagos State has been chosen because of the present political leadership and its performance in the State.

Earlier in the week, the Governor gave a keynote address on the need to fast track political involvement of governments in ending the AIDS scourge at the fast track cities conference on HIV/AIDS in New York.