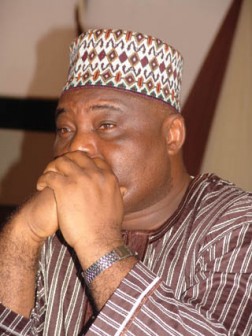 The trial of erstwhile Chairman of DAAR Communications Plc., Mr Raymond Dokpesi, at the Federal High Court, Abuja, on Wednesday suffered another setback following the absence of the prosecuting counsel, Mr Rotimi Jacobs(SAN) in court.

Dokpesi is being tried by the Economic and Financial Crimes Commissions (EFCC) over an alleged N2.1 billion fraud.

The case had suffered several adjournments at the instance of the prosecution.

At the resumed hearing on Wednesday, the defence counsel, Mr Ifedayo Adedipe, informed the court that Jacobs was absent in court.

Adedipe told the court that Jacobs had sent a message to inform the defence team that he was scheduled to appear in another case at the Appeal Court on the same day.

He said that the information had been communicated to the lead counsel for the defence, Mr Wole Olanipekun (SAN), who had already flown into Abuja from Lagos for the case.

The prosecution, therefore, said it was taking the upcoming court vacation into consideration and urged the court for a long adjournment to enable the prosecuting team put its house in order.