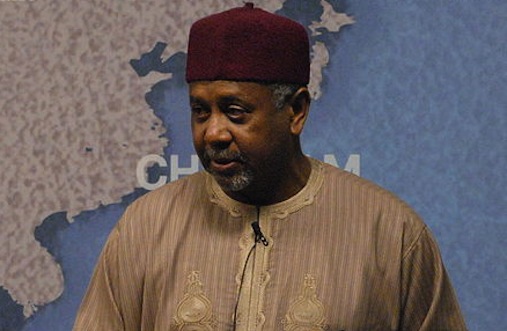 The letter stated that Jacobs and his team were in the Court of Appeal which notified them on June 14 that two of their matters would be heard in the court, hence, the request for adjournment.

Mr Oyewole Ilori, who held brief for Chief Akin Olujimi (SAN), counsel for the 2nd defendant, told the court that the date, June 29, requested by the prosecution was not convenient for him.

Mr Steve Ekeh, who held brief for Mr Solomon Umoh, counsel for the 3rd defendant, however, did not object the prosecution’s request.

Mr Joesph Daudu (SAN), Dasuki’s counsel, had submitted an application praying the court to consolidate the two cases against his client in the FCT High Court, Maitama.

The cases are before Justice Hussein Baba-Yusuf and Justice Peter Affen.

Daudu sought for an order directing the prosecution to amend charge No FCT/HC/CR/43/ 2015 pending before Baba-Yusuf to include the counts in the counts before Justice Affen.