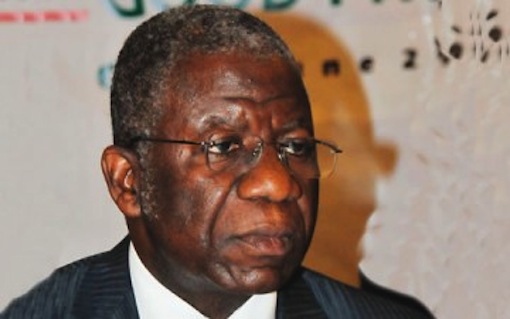 The case of a N2 billion fraud brought against a former Head of Service, HoS, to the Federation, Stephen Oronsaye, by the Economic and Financial Crimes Commission, EFCC, before Justice Gabriel Kolawole of a Federal High Court, Abuja, continued on June 21, 2016 with the commencement of a trial-within-trial.

They are alleged to have committed the fraudulent transactions between 2010 and 2011, using the companies for offences ranging from procurement fraud, to money laundering and advance fee fraud.

It would be recalled that at the last sitting on June 14, 2016 the prosecution had sought to tender the statement of Afe, but was opposed by his counsel, Oluwole Aladedoye, who argued that it was obtained from his client through “oppression”.

His objection was upheld by Justice Kolawole, who subsequently fixed June 24, 2016 for the commencement of a trial-within-trial – a mini proceeding, to determine whether the statement was obtained through oppression or not.

At the commencement of the trial-within-trial, the first prosecution witness, Roukayya Ibrahim, an EFCC operative and member of the anti-graft agency’s Pension Fraud team, while being led in evidence by prosecuting counsel, Leke A tolagbe, told the court that the statement written by Afe on February 24, 2011 was obtained from him without any duress or oppression.

“Before he was invited to come to the EFCC, investigations into his company, Frederick Hamilton Global Services Limited, and another one Innovative Solutions Limited, was already on for about a year, concerning payments both companies received from the office of the HoS,” she said.

Ibrahim explained that the statement was obtained from him, without the use of force, and “it was based on our discovery during investigations, that he was invited to come and explain payments made to him”.

“After the oral interview I had with him, I wrote the cautionary words on our statement book and gave it to him to read, and told him that he was not under any threat or duress to write the statement,” she said.

She further told the court that she explained to him that “whatever he chooses to say must be put into writing and that in event that he is charged to court, it may be used in evidence against him”.

According to her, Afe afterwards appended his signature under the cautionary note. She noted that at about 2.25pm, Afe then put down his statement, based on the questions asked him, and afterwards signed and dated it.

“It was a voluntary, free statement, I only asked him questions to clarify issues, and his response was based on documents I showed him,” she said.

Aladedoye, while cross-examining Ibrahim, averred that Afe was “bullied” into making the statement. He told the court that at 7.15am, on February 24, 2011, two operatives of the EFCC had gone to Afe’s house in the company of a mobile policeman, and “parked his laptop, seized his mobile phones, and took him to the EFCC office at about 8a.m.”, hours before Ibrahim cross-examined him.

Responding, Ibrahim explained that it is part of operational duties for security purposes to have a mobile policemen accompany EFCC operatives on assignment.

“I can categorically tell you that he was not bullied,” she said.

Earlier in the proceedings, counsel to Oronsaye, Ade Okeaya-Inneh (SAN), brought the attention of the court to an affidavit before the court, dated June 13, 2016 seeking for the release of Oronsaye’s international passport to enable him travel overseas for medical attention.

Justice Kolawole, thereafter, adjourned to June 28, 2016 to “enable the state to produce its other witnesses for the trial-within-trial as it relates to the second defendant”, and ruled that “the international passport of the first defendant, be released to Kanu Agabi, SAN, Ade Okeaya-Inneh, SAN and Joe Agbi, SAN, who are to serve as sureties or guarantors, and he is at liberty to travel through the 2015/2016 Summer recess of the court, which begins after July 11, 2016 and ends September 12, 2016 to attend to his health, and must 72 hours after his return, return his passport to his three counsel, who must submit same to the Deputy Chief Registrar Litigation of the Federal High Court.”