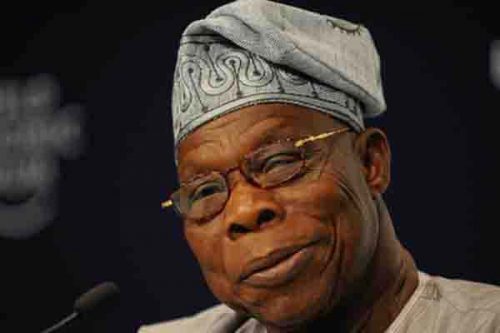 Leaders of the Trade Union Congress (TUC) in Nigeria’s south west states on Tuesday appealed to former President Olusegun Obasanjo to intervene in the lingering crisis between the workers and governors of the six states.

The union leaders, who were led by the South West Coordinator, Comrade Olubunmi Fajobi arrived the Obasanjo’s Hilltop mansion in Abeokuta around 12: 30 pm. They immediately went into a closed-door meeting with Obasanjo.

The meeting lasted for close to one hour,while the journalists waited for the Union leaders.

Speaking with newsmen after the meeting, Fajobi said the labour leaders have decided to recruit the former President to assist them over the matter because they are highly convinced that Obasanjo commands greater respect among the affected governors.

Fajobi, who is also the Chairman of the Ogun state chapter of the TUC listed some of the labour’s demands to include non-payment of workers’ salaries running into about 13 months, unremitted contributory pensions’ deductions running to 19 months as well as the unremitted Cooperative deductions among others.

He emphasised that the meeting became necessary in view of the fact that Obasanjo, being the father of modern Nigeria, had once weathered the storm and was in the best position to intervene on the matter.

“As a labour leaders, we are particularly disturbed about the issue of unpaid salaries in our states and we believe that the sweat of workers must not be in vain.

“We know that Obasanjo has the ears of these governors and that is why we are seeking his assistance to intervene in the matter”, he disclosed.

Fajobi criticised some South West governors who have vowed to invoke the “no work no pay” rule, stressing that such was against the rules of fair play in labour engagement.