Arms Deal: Badeh wanted me to claim his property - Witness 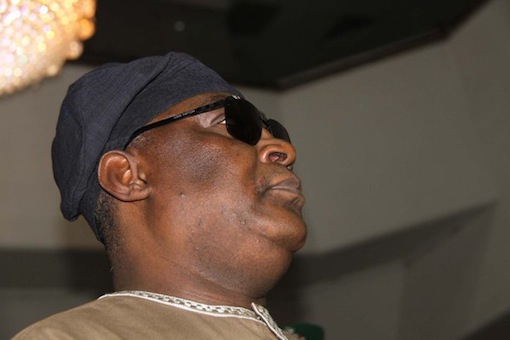 The trial of a former Chief of Defence Staff, CDS, Air Chief Marshal Alex S. Badeh, continued on Tuesday before Justice Okon Abang of the Federal High Court sitting in Maitama, Abuja with the prosecution witness, Mustapha Yerima, further stating how he was pressured by the defendants to claim the property allegedly acquired with the proceeds of crime.

Badeh is standing trial alongside Iyalikam Nigeria Limited for allegedly abusing his office as Chief of Defence Staff by using the dollar equivalent of the sum of N1.4 billion removed from the accounts of the Nigerian Air Force to purchase properties in choice areas of Abuja between January and December, 2013, an offence which contravenes Section 15 (2) (d) of the Money Laundering (Prohibition) Act, 2011 (as amended) and punishable under Section 15(3) of the same Act.

At the resumed hearing, Yerima, who had earlier testified as PW4, further testified to the effect that, Air Commodore Salisu Abdullahi Yushau (retd) had invited him over to the Defence House, after his (Yushau’s) retirement to coordinate the handover of documents and discuss progress of construction of the plaza, then ongoing.

“In my evidence-in-chief, I testified that PW1 (Yushau) called a meeting after he had retired from the Nigerian Air Force. The meeting held at the Defence House and we discussed progress of work in the plaza. Barrister Timothy Muje and Barrister Umar were in attendance. I had met Barrister Umar once or twice before that meeting but there isn’t much familiarity between us.

“It was after this that Barrister Muje called and asked that we both meet somewhere at Wuse II. This was the same day the EFCC invited me to their office.

“Barrister Muje handed some documents over to me but failed to give me (Ryte Builders) the power of attorney which I asked him for,” Yerima said.

Under cross-examination, Yerima insisted that he was instructed by Yushau to claim the said property, when operatives of the EFCC began to investigate the matter.

“The idea that was conveyed to me by PW1 after their meeting was for me to go and claim the property as instructed”, Yerima insisted.

The matter was adjourned to June 29, 2016 for continuation of trial.