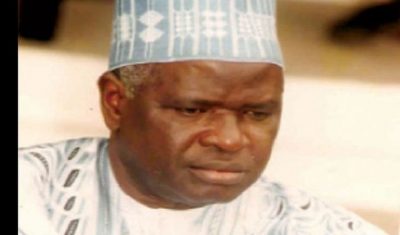 The daughter of the deceased, who is also Zamfara state Commissioner of Commerce and Industry, Hajiya Fatima Shinkafi confirmed the death.

She said he died following a “long standing heart disease”.

She said the remains of her father was expected into the country on Thursday and would be buried in Sokoto immediately after a funeral prayer.

Shikafi, who held the traditional title of Marafan Sokoto,was survived by three wives and five children.

He was born on 13 January, 1937. He started his career as a policeman, joining the force in 1959, after passing through the police college in Kaduna.

He was a Federal Commissioner of Internal Affairs in 1975 and later became the head of the National Security Organisation in 1979, a position he held till 1983.