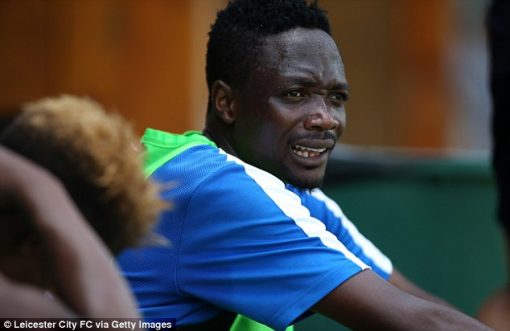 Ahmed Musa, Nigerian international who joined English premiership champions has been described by the club’s coach, Claudio Ranieri as an ‘airplane’.

Leicester signed Musa from CSKA Moscow for a fee of £18million last week, and Ranieri believes the Nigerian will be an important part of his squad ahead of the upcoming campaign.
Ranieri, speaking at the Foxes’ pre-season training base in Austria, said Musa will bring lots of speed to an already rapid strike-force and called his team ‘the RAF’, due to their abundance of pace and style of play.

‘Musa can bring his speed, I don’t know if he’s as quick as Jamie Vardy, but he has lots of speed.’ Ranieri told the club’s official website.

‘It’s very important to have another airplane in our squad. Remember, we are the RAF and we’ve signed one of them!’

Ranieri has been very busy in the transfer market already, bringing in Nampalys Mendy, Luis Hernandez and Ron-Robert Zieler, as well as Musa.