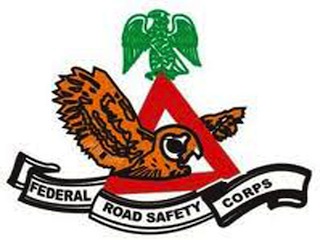 The Federal Safety Corps (FRSC) says it has not indicted or blacklisted any major transport operator in the country for accident-related issue.

Mr Bisi Kazeem, the Head, Media and Strategy of FRSC, gave the clarification on Wednesday while reacting to a report that the corps had blacklisted “Peace Mass Transit Operator” for involvement in accidents.

Kazeem, however, clarified that the company was involved in 10 accidents in the last six months which claimed 22 lives and not 37 people.

He said the corps had invited and interfaced with the PMT on the incident.

“The essence of this clarification is just to make Nigerians know that contrary to the way it was reported, FRSC never indicted PMT and FRSC never blacklisted PMT.

“It is a routine interface when we noticed upsurge in road traffic accidents involving PMT and which is not limited to them.

“We came out with a statistics to show that about 22 people were killed (in accident involving PMT) in recent time.

“But unfortunately, when we sent the press release out, there was an error where 37 were mentioned. It is actually 22.

“As a responsible and responsive organisation, we felt, we should correct the mistake because we are not here to spoil business for anybody. Our own concern is safety and the way forward,” Kazeem said.

According to him, “once we – FRSC observe a trend, may be a particular fleet operator is getting more involved in crashes than expected where more lives are being lost such organisation is invited”.

“So, having known through our record through the RTSSS that Peace Mass Transit of recent have been getting involved in accidents with some lives lost, a letter of invitation was sent to them,” he said.

Kazeem said that other fleet operators had been invited in the past to give reason for their incessant involvement in accidents.

“As I am talking to you, another six major fleet operators are being invited to Abuja in the next one week for the same purpose,” he said.

The FRSC and PMT met on July 13 following incessant involvement of the some vehicles in the fleet of the company in accidents.

They had in a communiqué, thereafter, agreed for the continuous inspection of the company”s vehicles by the corps to ensure compliance with RTSS by the company, among others.