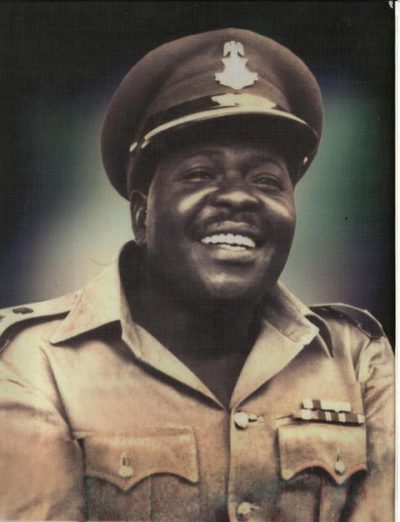 It will be exactly 50 years on Friday, 29 July 2016 when Lt.Col. Adekunle Fajuyi, first military governor of Western Region, was assassinated in a counter coup, led mainly by northern officers. As part of the activities lined up for the anniversary, there will be a lecture and discussion session at the International Conference Centre of the University of Ibadan the same day.

The lecture, entitled “Fajuyi and the Politics of Remembrance” will be delivered by Professor Niyi Osundare who teaches at the University of New Orleans, USA. Osundare is from Ekiti, the land of rolling hills and lush vegetation that also produced the late Fajuyi. That the two are of the same stock, readers should look forward to an interesting lecture on loyalty and integrity. Those to be on the discussion segments are: Pastor Tunde Bakare of the Latter Rain Church, Fola Adeola and Professor Wale Adebanwi. The session will be chaired by General Olufemi Olutoye. Also, one of the organisers is Engineer Francis Ojo, Vice President, Galaxy Television.

Fajuyi was appointed the military governor of Western Region on 18 January 1966. One of the moving speeches he delivered was at Aquinas College, Akure on 25 April the same year. This is published in A. G. A Ladigbolu’s book on Fajuyi, entitled: A Great Hero…That day, Fajuyi said: “When our country calls upon us for sacrifice, we shall be worthy to follow those who, in all the ages and countries, have lived and even died for God and freedom.” How prophetic! That statement was like proclaiming a nunc dimitis in the beginning of a race! It is on record that Fajuyi made a great personal sacrifice for peace, unity of Nigeria, loyalty to his boss, and a form of gallantry that could render the jaw of a medieval knight hanging slack. For doing these, it is safe to say that Fajuyi “died for God and freedom”.
Major General Aguiyi Ironsi
Major General Aguiyi Ironsi

Fajuyi displayed his gallantry and altruism on 29 January 1966. The Head of State, General Aguiyi Ironsi, visited Ibadan to address a conference of traditional rulers. At 4 am, soldiers, led by Theophilus Danjuma and Joe Garba, drove into Government House, Agodi, Ibadan, their eyes blood shot, their moustaches twitching malevolently. Their mission was to kidnap and kill Ironsi in a reprisal coup.

The gentleman officer in Fajuyi took over. How could he stand at an akimbo while his guest (not to even talk of his supreme commander) was to be killed under his roof? He refused. It would have given rise to Yoruba, Igbo suspicion and everlasting hatred, woven into a conspiratory theory. Fajuyi jumped on the open land rover conveying the victim, Ironsi, even as the soldiers barked goro and alcohol reeking orders at him to stay away from the drama. He forced himself into the vehicle as the murderers drove away with him and his guest, their real target.

As this writer put it in his contribution to a collection of essays, entitled, The Road to Lalupon, edited by Dr. Akin Onigbinde, the soldiers drove to Lalupon on the outskirts of Ibadan. A wine tapper was watching the hideous drama unfolding in the bush under his palm tree. As the desperate soldiers would make to shoot Ironsi, Fajuyi would rush between them and the victim, his hands spread in a you-cannot-kill-my-guest or boss fashion. He repeated the intervention many times so much that the killers were frustrated and angrily pumped hot bullets into the two hostages. And Fajuyi died a hero, a true friend, great officer and patriot.