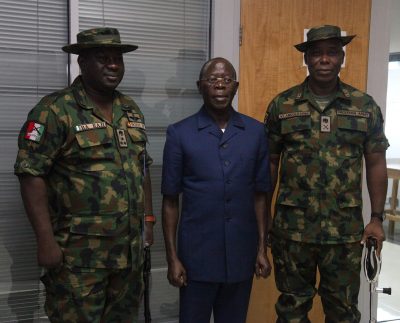 Governor Adams Oshiomhole of Edo State on Thursday received dignitaries in his office as well as addressed a rally of the party for the forthcoming governorship election in the state, at Ramat Park, Benin City.