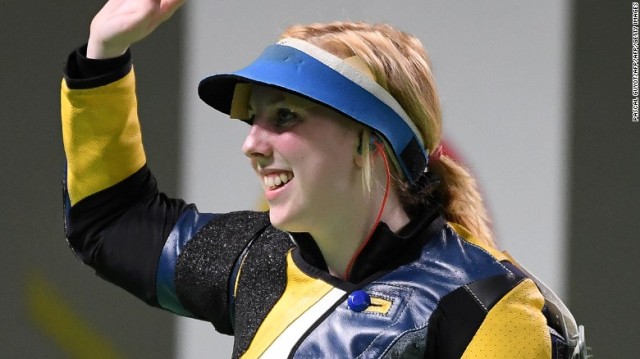 America’s Ginny Thrasher won the first gold medal of the Rio Olympic Games with a surprise victory in the women’s 10m air rifle.

Jen McIntosh secured the best-ever finish for a British woman – 15th out of 51 in the qualification round.

The five-time Commonwealth medallist overcame a rifle malfunction to produce a strong finish and was just 1.2 points from securing a place in the final.

She will return to compete in her favoured 50m rifle three positions event on Thursday.