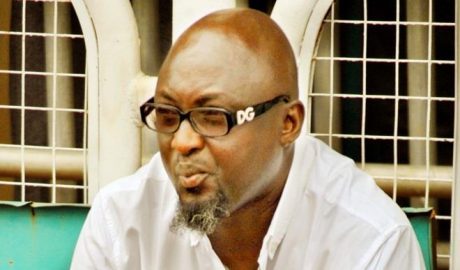 Coach Kennedy Boboye of Abia Warriors FC on Monday resigned his appointment as the Head Coach of the team, the club’s Media Officer, Igwe Onuoha, said.

He described the action as “shocking”, adding that “although it had been speculated, we did not expect it would turn out to be true”.

Boboye coached the club for eight months after Coach Ladan Bosso was relieved of his appointment by the club’s management.

Soccer analysts opined that his resignation was connected with the club’s declining fortunes in the Nigeria Professional Football League.

Chairman of Abia chapter of the Sports Writers Associaiton, Vincent Obike, Ikenna Anya and John-Mark Mgbogburagu, said that Boboye’s resignation did not come to them as a surprise.

Obike said that the coach might have taken the decision after the team’s continued poor showing since the commencement of the second stanza of the league.

He said that the team’s lack lustre performance in its games, home and away, saw the club struggling against relegation.

“I think the club’s goalless draw with visiting Akwa United at the Umuahia Township Stadium on Sunday may have been the last straw that broke the camel’s back,” he said.

Anya said: “I saw the resignation coming because the club was crashing under Boboye’s watch and he did not seem to have the solution to the problem.”

He expressed disappointment that the club, which had a spectacular outing with 10 unbeaten games in the first stanza of the league, was dangerously threatened by relegation.

The club occupies the 15th position in the league table with 36 points in 29 matches.

The media officer said that the management would meet to consider the coaches resignation and decide the way forward for the club, especially to ensure that “we escape relegation”.