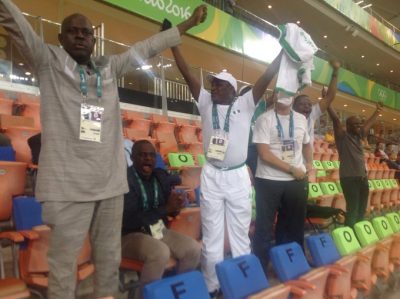 Nigeria have qualified for the quarterfinals of the Olympic Games football event after a 1-0 victory over Sweden.

The country’s U-23 team early Monday went on the offensive early in the match with Umar Sadiq and Mikel Obi forcing saves from Sweden’s goalkeeper, Linde Andreas, in the 9th and 10th minutes respectively.

Oghenekaro Etebo, who scored four goals past Japan’s goalkeeper in their first game of the competition, was denied time after time by Andreas.

Sadiq finally broke the deadlock at the 39th minute when he nodded home a looping cross from Stanley Amuzie.

Both sides had chances throughout the game but could not find the back of the net.

Nigeria top the Group B table on six points ahead of Colombia.