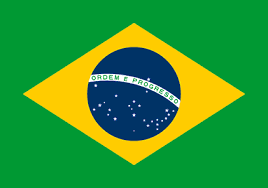 Brazil won their first gold medal of the Rio Olympics as Rafaela Silva triumphed in the women’s 57kg judo.

Silva defeated world number one Sumiya Dorjsuren of Mongolia by Waza-ari to delight a partisan crowd at Carioca 2.

The gold medal marks a fairytale rise to Olympic triumph from a childhood in Rio’s notorious ‘City of God’ favela for Silva.

She qualified for London 2012 Games but was disqualified in the early rounds for a rule violation.