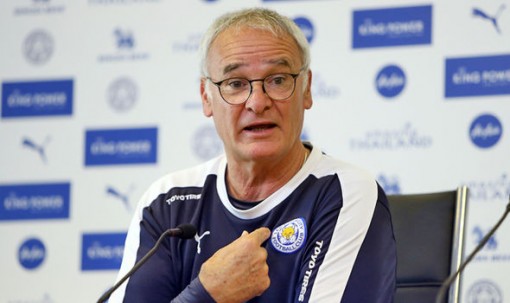 The Italian, 64, led the Foxes to their first top-flight title in his first season with the club.

“The energy that exists here – from the owners and the staff, to the players and supporters – is something very special,” he told the club website.

Ranieri’s side won last season’s title at odds of 5,000-1, and will be one of the top seeds in the Champions League draw later this month.

The Foxes, beaten 2-1 in the Community Shield by Manchester United on Sunday, begin their Premier League season with a trip to promoted Hull City on Saturday.

Vice-chairman Aiyawatt Srivaddhanaprabha said: “Twelve months ago, we brought to Leicester City a man whose knowledge and experience, we felt, could lead us into the next phase of our long-term plan.

“What he would go on to help us achieve, in the time we have achieved it, has been beyond anything we could have anticipated.”

He added: “He played a big part in our success last season and all the boys are right behind him.”

The Match of the Day presenter tweeted at the time: “Claudio Ranieri? Really?”

He also said of the appointment: “Claudio Ranieri is clearly experienced, but this is an uninspired choice by Leicester. It’s amazing how the same old names keep getting a go on the managerial merry-go-round.”