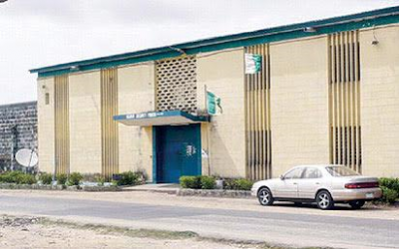 Mr Isaiah Amariri, the Enugu State Controller of Nigeria Prisons Service, said on Thursday that six of the inmates that escaped from Nsukka Prisons on Tuesday night, have been re-arrested.

Amariri, who gave the figure to newsmen in Nsukka, however declined to give the exact number of inmates that escaped from the prison.

He said the prison service was liaising with security agents and community groups to apprehend the remaining escaped prisoners.

“There was a jailbreak in Nsukka prisons on Tuesday night between 12pm and 3am, in which many inmates escaped, though six of them have been re-arrested.

“I cannot give the exact figure for now as investigations are still on.

“We will send our findings to the Controller General of Prisons who will make public the exact number and cause of Nsukka prisons jailbreak.

“The service is liaising with security agents and community vigilante groups to know the hideout of those still on the run in order to re-arrest them ,” he said.

He assured that any official indicted the course of the investigation would be punished.

“After investigations on the jailbreak, any person in the service found to have been involved or aided the Tuesday jailbreak will be arrested and prosecuted no matter his or her position.

“Security has been beefed up in and around Nsukka prisons with serious surveillance on the prisons facilities, inmates and staff.

“The prisons authorities are on top of the situation and will put measures in place to avoid a repeat of what happened on Tuesday night in Nsukka,” he said.

The controller solicited the help of the general public who might have information on the whereabouts of the fleeing inmates, to report to relevant security agencies.

“We solicit for help from the general public who may have information about the fleeing inmates to feel free and call prisons authorities or security agents to enable them re-arrest the escapees.

“We promise that such information will be given the confidentiality it deserves and source identity will be fully protected,” he said.

On the condition of the Nsukka prisons, Amariri said it was established a hundred years ago with the original capacity of 168 inmates, but currently harbours 264 prisoners.