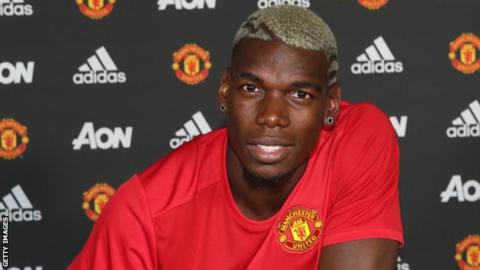 The suspension, revealed by the Football Association, relates to a ban incurred while at former club Juventus.

“He was booked twice in last season’s Coppa Italia, which results in a one-game ban,” said the FA. “This has been transferred to England.”

The £89m signing was already a doubt because of a lack of match fitness.

United boss Jose Mourinho found out about the suspension on Wednesday – and Pogba’s first game for the club following his return could now be on Friday, 19 August against Southampton.

Bournemouth winger Junior Stanislas will also miss the game because of a hernia problem.

Cherries defender Tyrone Mings is not ready to return from a cruciate ligament injury, but club record £15m signing Jordan Ibe is among the new recruits likely to play.