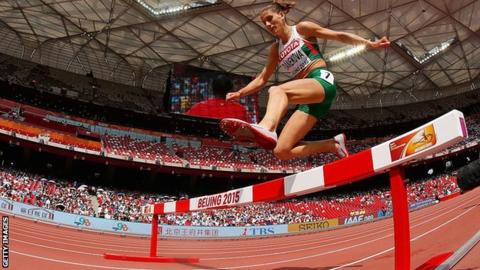 The 33-year-old, a 3,000 metres steeplechase athlete, tested positive in a doping control conducted a few days after her arrival in Brazil on July 26.

Danekova has been temporarily suspended pending the test of her B sample.

“Unfortunately, we have a positive test,” confirmed the Bulgarian Olympic Committee, whose weightlifting team was banned from the Games for doping.

Danekova raced in the 3,000m steeplechase at the London Olympics in 2012 but did not get beyond the heats.

The athletics programme at the Rio Olympics begins on Friday.