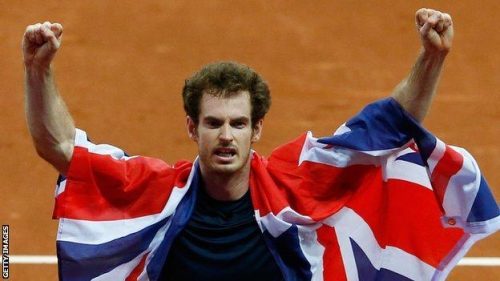 An emotional 29-year-old Murray secured a thrilling 7-5 4-6 6-2 7-5 victory to make it Great Britain’s most successful day at an overseas Games with five gold medals.

The see-saw match featured 14 breaks of serve in front of a raucous crowd.

Both men looked exhausted in the fourth set of a gruelling four-hour contest, and Murray broke down in tears when he finished off a gritty and determined Del Potro.

The crowd on Centre Court were boisterous throughout, with plenty of Argentine support for Del Potro, although emotions did spill over near the climax when two fans were ejected.

Murray said the final was one of the toughest he had played in, and cast doubt on the possibility of him winning a third gold in Tokyo in four years’ time.

“The fact it’s not been done before shows it’s very hard. So, I’m proud to have done that,” he said of retaining the title.

“Four years is a long time and so many things can change. A lot has changed since 2012, I’m happy here competing for the biggest events.

A 2009 US Open champion and London 2012 bronze medallist, Del Potro’s silver medal signifies his continued return to form, with his past three seasons disrupted by a wrist injury.

The 27-year-old beat world number one Novak Djokovic in the first round, after being stuck in a lift for 40 minutes.

He went on to defeat 2008 Olympic gold winner Rafael Nadal in an epic three-hour semi-final.

But in the final, he came up against a player on a career-defining run, who had inspired Britain to a first Davis Cup win in 79 years in November.

Murray then went on to reach the Australian and French Open finals and won Wimbledon for the second time.

He also became a father earlier this year and led Great Britain out at the opening ceremony of Rio 2016 as his country’s flag bearer.

On the court, he has lost just one of his past 30 matches, a run stretching back six months, and has been world number two since November, barring a one-week drop to third in May.

Nishikori, 26, had never been past the quarter-finals at an Olympic Games.