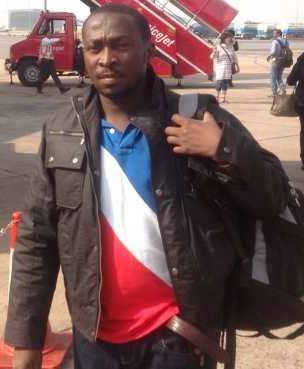 Ahmad Salkida, the Nigerian journalist based in Dubai who was declared wanted on Sunday by the Nigerian Army has asked the authorities to send him a flight ticket and he will be in Nigeria immediately to honour the army’s invitation.

The Nigerian Army through its spokesman, Col. Sani Kukasheka Usman, had on Sunday in a statement declared Salkida and two others wanted in connection with the fresh video released by the Boko Haram insurgents showing the abducted Chibok schoolgirls.

The video was sent to Salkida by the terrorist group and was released Sunday morning.

Salkida who said the fresh video was delivered to him by the Abubakar Shekau faction of the sect, said on Monday in a statement that he had nothing to hide and was ready to appear before the Army.

In his statement, Salkida stated: “Clearly, my status as a Nigerian journalist who has reported extensively, painstakingly and consistently on the Boko Haram menace in the country since 2006 is an open book known to Nigerians and the international community.

“Equally, my total allegiance and sacrifice to the Federal Republic of Nigeria is self evident. I have stayed within the creed of professional journalism in my work.

“As a testimony to the credible and professional values of my access, since May 2015, l have been to Nigeria three times on the invitation of the Federal Government agencies. I made personal sacrifices for the release of our Chibok daughters.

“Finally, the Army is aware that I am not in Nigeria presently. In the coming days, I will seek to get a flight to Abuja and avail myself to the Army authorities. Indeed, my return will be hastened if the Military sends me a ticket. Thank you.”

Salkida who is believed to be very close to the ousted leader of Boko Haram, Abubakar Shekau, had in many of his writings proffered suggestions on the way to rescue the more than 200 schoolgirls abducted from Chibok by the insurgents in 2014.

He had also participated in many dialogues with the Federal government on the way forward to end the insurgency in the northeast of the country.

Investigations also revealed that the other two persons declared wanted by the Army had gotten in touch with the authorities.