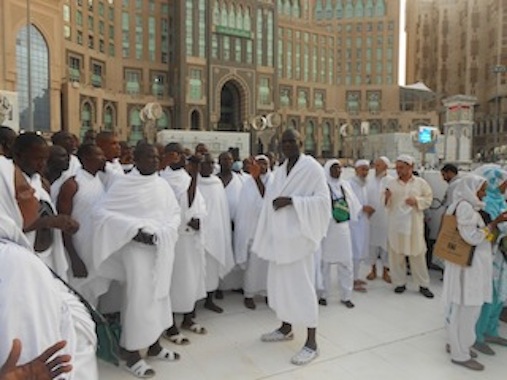 The Saudi Arabian authorities have arrested three pilgrims from Kwara for alleged possession of substance suspected to be cocaine.

She said the three pilgrims, who were among the first batch of 505 Pilgrims from Kwara, were arrested in Madinnah by Saudi Arabia security operatives.

The executive secretary, who did not disclose the identities of the three suspects, said they were still in the custody of Saudi Arabian authorities.

She described the arrest as unfortunate and painful in spite of several appeals to them to be good ambassadors of Kwara and Nigeria.

The executive secretary said that other pilgrims from the state were still in Madinnah, hale, healthy and in good spirit in spite of the unfortunate incident.

1,978 pilgrims from the state are performing the 2016 pilgrimage exercise.