One dies as car plunges into Lagos River 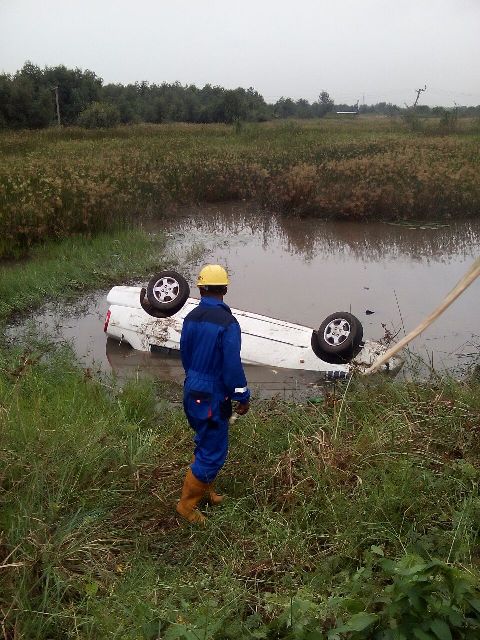 The car which plunged into the river

One person has died and another injured as a white Hyundai saloon car plunged into the Majidun River in Ikorodu area of Lagos, Southwest Nigeria.

‎The tragedy was said to have occurred at about 10.53pm on Tuesday. The cause of the accident could not be ascertained, but the Lagos State Emergency Management Agency, LASEMA blamed it on over speeding.

The white Hyundai saloon car with registration number KTU 976 BL (Lagos State) was found in the swampy area of the river.

Akindele said that the driver and another occupant of the vehicle were recovered by the Police from Owode Police Station.

“Further investigation also revealed that reckless driving by the driver led to the cause of the accident as the car veered off the road and subsequently ran into the swamp. The driver and another occupant of the vehicle were recovered by the Police from Owode Police Station,” he said.

The Agency’s Emergency Response Team, LASTMA officials, the Nigerian Police (Owode Onirin division) were involved in the recovery operation.
The vehicle was towed out and subsequently taken to the Oworo Onirin Police Station by the LASEMA Response Team.

Akindele advised motorist to always drive within specified speed limits at all times.