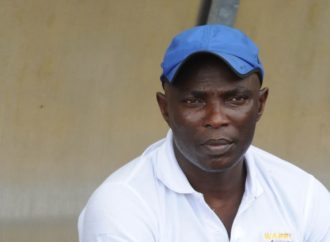 Edema Fuludu, an ex-Super Eagles player, has challenged sports administrators, especially football to begin to do what is right if the quest for sports development is to be achieved.

The former Nigerian international, who spoke with the News Agency of Nigeria (NAN) in an interview in Benin on Thursday, blamed the administrators for the country’s abysmal performance at Rio Olympic.

While attributing shoddy preparation for the poor performance of Nigeria at the Olympics, he said it was not just enough that Nigeria participated at major sports tournaments.

According to him: “I always say it is not enough to participate. We must consciously know that we are a nation that has a pride of place in the comity of nations involved in sports.

“If as big as Nigeria is, we are struggling to have a medal at the current Olympic, then it is a shame, especially to our sports administrators.

“As for the Dream Team, for me, we have not lost out entirely because we have been able to show that we have boys who can hold their own individually, but we don’t have a team.

“We don’t clearly have a strong team because our preparation was poor in all ramifications.

“The lesson here is that I hope the leadership of sports must wake up and begin to do what is right. It is either we prepare to go to tournaments, or we don’t go at all.”

It would be recalled that the Dream team VI, on Wednesday lost 0-2 to Germany in the Semi final of the male football Olympic game.

NAN reports that with the losS, Nigeria will not face Honduras for the Bronze while Germany plays the host Brazil for the Gold.