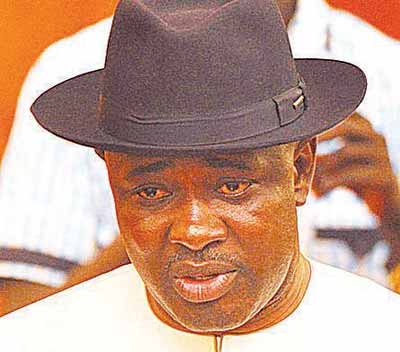 The Minister of State for Agriculture and Rural Development, Sen. Heineken Lokpobiri, said on Wednesday that there was no power tussle between him and his colleague, Chief Audu Ogheh, as reported by some media.

This is contained in a statement signed by Mr Donald Ojogo, Senior Technical Adviser ( Policy) to Lokpobiri and made available to the News Agency of Nigeria (NAN) in Abuja.

Lokpobiri was quoted as saying that the publication in some media on the issue was unsubstantiated and misleading, saying that it is farther from the truth.

“For the avoidance of doubt, as ministers, we have displayed an uncommon brotherliness and resolve to ensure food security in a diversified economy with agriculture as the hub.

“That vision is resolute and no amount of distraction and blackmail will deviate both ministers from this path.

He added that as ministers of the Federal Republic of Nigeria representing our respective states, our allegiance and loyalty are to the President at whose behest we all hold office.

“In this regard, our responsibility is collective and must align with Mr President’s vision for a re-energised agricultural sector and this we have set out to do as ministers with postivite results already underway.

“Nothing is indicative whether or not there is a ladder of superiority as insinuated in the contents of the publication. ‎

“It is, therefore, preposterous that such a report could come at a time we all savour a unity of purpose and cohesion in the ministry,” he said.

Lokpobiri stated that the reference made to the purported allocation of grains is nothing but falsehood.

“Procedures, processes and machinery regarding or guiding government transactions are unambiguous.

“It is, therefore, unthinkable for the authors of the fictitious publication to insinuate lies. This is more so that there is no one by the name Juliet Jiwah in the Minister of State ‘s office.

“While mischief makers and political detractors are free to embark on wide goose chases, the Hon Minister of State and the Honourable Minister will not be deterred by such atrocious media manipulations,” he said.