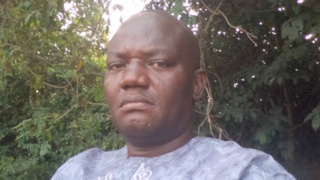 Everything in life starts with a promise! To us in Osun State, Rauf Aregbesola represents a new generation of leadership who believes he is accountable to the people he’s elected by providence to govern. Mentally sharpened people-focused, he saw an opportunity not only to provide leadership that inspired trust but also the need to leave an extraordinary legacy that would no doubt outlast this generation. With his patriotic, imaginative and unselfish arrest of the socio-economic root cause of infrastructure poverty which had limited the state’s ability to create wealth, it is obvious that a revolution, which will, in the not too distant future, change the state of the state, is in the offing and, when it blossoms forth, its glory will shine to the ends of the world. Beyond the shadow of a doubt, his modest performance has to a great degree shown that Nigeria’s politics is not dirty as people are wont to insinuate; only that we have some people in politics whose minds are dirty and that’s not unexpected!

To start with, Nigerians will agree with me that the governor has excelled in the construction of mega structures in most of the schools in the state, an indication that the future of education in Osun State is taking shape. Though, no one can change the past, one can only advise old students who have hitherto cultivated the habit of leaving without looking back at their alma mater to have a rethink before it is too late, lest they become strangers to institutions that opened their ways of thinking and knowing, courtesy of Aregbesola’s MegaSchools programme.

Also worth mentioning is the school feeding programme, now known as Osun Elementary School Feeding and Health Programme (O-MEALS), initiated by his government, which has become a template for the Federal Government’s Home Grown School Feeding (HGSF) programme. Added to the list are two libraries he commissioned recently in Ila-Oragun and Ode-Omu which, again, is a demonstration of his unrivaled passion for the development of education sector in the state. Well, though the results of his inputs into the sector may not be fast in coming as expected, one can be rest assured that Osun State in the next four to eight years will be a state that everybody will be proud of. After all, success in an examination is a product of many factors!

Another important area of Aregbesola’s intervention worth mentioning is the appointment of Yusuff Alli as Chairman of the Governing Council of Osun State University. In my considered opinion, this thoughtfully planned and skillfully processed step is aimed at replicating what Afe Babalola and Wole Olanipekun did as Chairman of the Governing Council of University of Lagos and University of Ibadan respectively. No doubt a man of means and contacts, the Senior Advocate of Nigeria (SAN) is expected to use his wealth of experience and influence to add value to the citadel of learning with a view to upgrading it to a world class institution in line with the dreams and aspirations of its founding fathers. Of course, this is an innovative departure from the old, somewhat-traditional-yet-unproductive ‘job for the boys’ arrangement which had oftentimes ended up in appointees needlessly drawing from the institution’s avoidably-lean purse.

In a similar fashion, the approval nod recently given to the state by the Transmission Company of Nigeria (TCN) for the proposed construction of a power transmission substation to be located at Dagbolu in Osun State is yet another in the series of the administration’s many efforts at strategically repositioning the state as another commercial hub in the Southwest while the procurement of security hardwares, which has led to a sharp reduction in crime rate recorded in the state since his inauguration was an initiative which benefits should not be overlooked. As a matter of fact, I doubt if the near-completion state of the Bisi Akande Trumpet Bridge at Gbongan wouldn’t have by now shamed educated derelicts and apathetic politicians who, over time, have acquired a notorious reputation for developmental and ideological setbacks.

Personally, I see Aregbesola as an achieving and engaging governor who is always in touch with his people. In my candid opinion, his ‘I will succeed’ intervention in the Agriculture sector is not only geared towards repositioning the state as the food hub of the Southwest, it is also aimed at cushioning any bitter or biting effects of the economic recession currently unleashed on Nigeria, thanks to the global economic meltdown. In the same vein, the new lease of life given to the hitherto moribund Cocoa Products Industry in Ede can be viewed as being in line with his election promise of creating employment opportunities as well as attracting investors to the state. The Osun Youth Empowerment Scheme (OYES), through which thousands of youth have been engaged, was another way of helping the people’s lives connect to a cause while the presentation of N1.8bn retirement bond certificates to 266 pensioners in the state was a demonstration of the depth of his love for the state’s civil servants.

Contrary to some erroneous beliefs, great nations are where they are today because their leaders were prepared to go above and beyond the call of duty to confront situations that at one time or the other attempted to bribe, trick, threaten or suffocate their countries’ existence. For instance, available information reveal that United States of America’s debt is, as we speak, on the other side of $19tr. Still, America is world’s largest economy and greatest nation. In June, $10bn of Chicago’s municipal debt was downgraded by Fitch to ‘one level above junk’ about the same time China’s debt had become so “fatal” that experts feared it could destroy the country if some “timely fashion” actions were not taken to remedy the situation. Notwithstanding, China retains her enviable position as world’s second largest economy while the Windy City is, at this very moment, America’s third largest city, with the third largest gross metropolitan product and the most balanced economy in the United States.

Coming back to Africa, South Africans were two years ago ranked world’s biggest borrowers. Today, South Africa has beaten Nigeria into second place as Africa’s largest economy. Apparently, had Aregbesola not taken loans at the prevailing interest rates at the time in question to turn the fortunes of Osun from a blight of wrongs into a progressive and trailblazing state, I doubt if the situation wouldn’t have been worse!

All things considered, even if his actions are sometimes bound to be misconstrued and misinterpreted, this is not to say that the governor might not have made mistakes in the course of discharging his duties. After all, he is human, with all the emotions, weaknesses and failings characteristic of the human nature! Seemingly, his major mistakes are default in payment of workers’ salaries and late delivery on projects. Others are neither here nor there! But these can be excused in that they have assumed a national outlook as a result of current realities. All the same, that Aregbesola has, in spite of his human frailty, remained focused and progressive in his practices, attitudes and approaches is commendable.

To be fair to good governance, the change we voted for in Osun State was a divine platform for the radical transformation of the state from the sleepers and the shadows of the past into the present filled with joy and happiness and a future of hope and fulfillment.

In the words of Napoleon Hill, “the starting point of all achievement is desire.” According to him, “weak desire” leads to”weak results.” The late President John Kennedy corroborated Hill’s views when he averred that economic growth without social progress is a magic formula for poverty. Aregbesola’s strides bring to memory Obafemi Awolowo’s introduction of Free Primary Education scheme in Western Region in the 1950s. Controversial and at a considerable cost, Awolowo was initially derided for what would eventually turn out to be an indelible imprint in the annals of education as well as the focal definition of governance in Nigeria and beyond.

So, for us in Osun State, the journey to socio-economic recovery has just begun and how far the Aregbesola-led administration can go is a different matter entirely. Again, whether or not the governor acts Moses or Joshua on this all-important journey, it needs to be noted that he came at a time the state’s political space was engulfed inthe horrible and deadly danger of indescribable grief and paralyzed potentials.

May powers, assigned to rubbish the legacy of our leaders, BACKFIRE!