Be patient, all will be well, Akiolu tells Nigerians 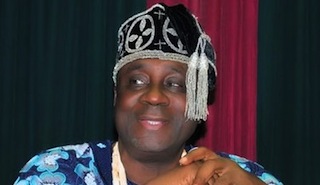 Lagos monarch, Oba Riliwan Akiolu I, on Saturday, urged Nigerians to be patient in spite of the hard times in the country, assuring them that all will be well.

“I am confident that the economy of the country, under the leadership of President Muhammadu Buhari, will change for good because our president is focused,’’ Akiolu told newsmen in his palace.

The royal father, who spoke during the celebration of the Isese Festival in Isale Eko area of Lagos Island, said that the present hardship was a prelude to a better tomorrow.

“Let us cooperate with the government. Do not take laws into your hands and always inform the security agencies wherever there are criminal activities,’’ Akiolu said.

He appealed to the Niger Delta Avengers to stop bombing oil facilities and put their grievances on the table for the government to address.

“I want to use this medium to appeal to the Niger Delta Avengers to give peace a chance.

“I agree to some extent with them that certain things have to be done for them, but they just have to give peace a chance and things will work for them.

“They should stop and put their grievances on the table and the government will address it. It is not too late to mend,” Akiolu said.

On the festival, Akiolu said it was an inherited custom and tradition which he does not joke with.

The Isese festival featured diverse cultural activities to enhance interaction and promote harmony in the state and the country at large.

Numerous Lagosians joined in the celebration of the festival, dancing and singing to various deities.