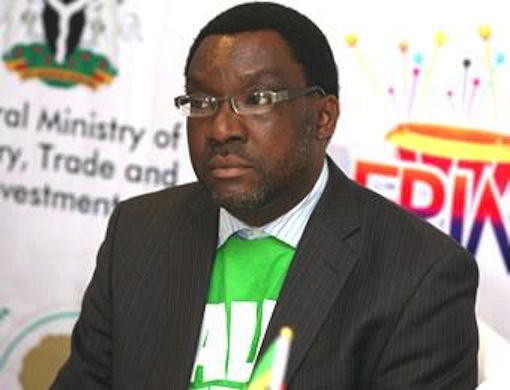 The Lagos State Government has announced its readiness to publicise “Brand Lagos” as the State continues to record successes in infrastructural development, investment drive and promotion of Arts and Culture.

Consequently, the State will expand on its promotion of the State’s tourism brand next weekend with a three-day programme tagged “Love Lagos Weekend” holding between Saturday, August 27 and Monday, August 29, 2016 in London.

The State’s Commissioner for Information and Strategy, Mr. Steve Ayorinde, made this known on Friday while receiving the founder and Chief Executive Officer of the London–based BEN TV, Dr. Alistair Soyode, who paid him a courtesy visit in his office.

The Commissioner stated that the time was now right to begin to promote the Lagos Brand on the world stage in order to showcase the socio-economic and cultural strengths of the State.

According to him, the state government had in the past one year undertaken several tourism programmes that have been widely acknowledged, which have put the state on world map, adding that the “Love Lagos Weekend in London’’ is also geared towards selling the state and uniting lovers of Lagos in the diaspora.

The various tourism programmes, he said, were in the realization of the pledge made by Governor Akinwunmi Ambode during his electioneering campaign to use tourism and the arts to promote social cohesion and create employment opportunities.

Other objectives of the Love Lagos Weekend are to create awareness on the new Lagos State administration, provide platform for interaction with Lagos State indigenes and lovers of Lagos State in the diaspora and further market the state to potential investors and partners that can contribute towards the [email protected] celebrations.

The commissioner congratulated the Chief Executive Officer of BEN TV for the successes recorded in the past 13 years of operation and for propagating the Nigerian and African culture to global audiences.

Ayorinde stated that the State Government is ready to partner with the TV Station in line with its strategic engagement with the media. He added that while “One Lagos” had successfully been launched as the state’s Tourism master brand, the ‘Love Lagos’ concept as the slogan and brand-driver is now being promoted to further endear the state to the world.

Earlier, Soyode had explained that the purpose of his visit was to intimate the Lagos State government on the activities of the station and the establishment of the ‘’Nigerian Diaspora Mentoring Corp’’ aimed at creating a platform to engage Nigerian youth for gainful ventures.

According to him, the Corp has been able to provide a platform to engage professional Diaspora Nigerians to interact with the Nigerian youth for purposeful direction in adjusting to adulthood, noting that private individuals are more available to render such support and give them needed leadership direction.

He commended the State Government for redefining public sector information management under the current leadership of the Ministry of Information and Strategy and pledged the readiness of the station to partner with it.