[email protected]: FG, States must not allow our cultural heritage to die-Ooni 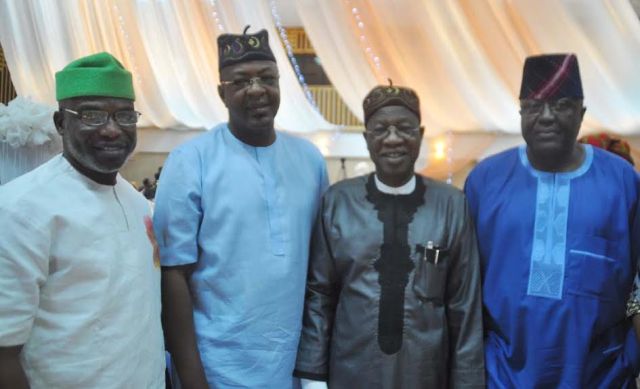 The Ooni of Ife, Oba Adeyeye Ogunwusi at the weekend charged Nigeria’s Federal and State Governments not to allow the cherished cultural heritage of nation to die.

Ogunwusi, who spoke at the Third Festival Colloquium, as part of activities marking the 50th anniversary of Lagos at the MUSON Centre, Onikan, Lagos, Southwest Nigeria lamented that the cultural heritage of the people of Nigeria were being eroded.

He said if only the nation could promote her cultural norms and values, like other developing nations, the nation would be great.

Tracing his life achievements and successes to Lagos, the Ooni described Lagos ‎as the most accommodating city in the world, urging the state government to do everything possible to uphold Lagos cultural heritage.

“Indians can never toy with their culture, Chinese will never throw away their heritage. That’s why those nations are great. So, we must work together to ensure that our cultural values are not eroded.”

Speaking on the theme of the colloquium: “Tourism Potential in Yorubaland: Landmarks, culture and History,” Ogunwusi said it was wrong to name those who uphold the cultural heritage as idol worshippers, adding that only those who challenged the power of the Almighty God should be seen as idol worshippers.

He stressed the importance of culture and tradition, saying that these cultural norms were stronger than religion and that what essentially bind a people together were veritable tools in the preservation of a people’s heritage.

Ogunwusi called for the use of tourism as a tool for economic development and emancipation of the less privileged in the society, while urging the Lagos State Government to uphold the culture of accommodating visitors.

The Special Adviser to the Governor of Lagos on Arts and Culture, Mrs. Adebimpe Akinsola reiterated the determination of the state government to explore the state’s tourism potentials for economic development.

She said that the cosmopolitan nature of Lagos had made many people to think Lagos had no unique culture, assuring that the Lagos @50 celebration would showcase all the cultures and values that different Lagos from other states.

“We are looking forward to a world class event showcasing our achievements heritage, our culture and huge potentials that promise a prosperous future. This celebration will be about legacy, prosperity, and good life that we are working to bequeath to our children and generation coming behind. This golden jubilee celebration will showcase Lagos for what it is; a home for all and of opportunities where dream are made and fulfilled,”she said.

Minister of Culture and Tourism, Alhaji Lai Muhammed, said the Federal Government would continue to explore the Nigeria’s cultural values and tourism potentials that abounded in the country to take the nation to her rightful position in the comity of other culturally rich and developed countries.

The highlights of the day were cultural display from cultural troupe from Badagry, among others.