Attacks on rural farmers threat to food security - CAN Chairman 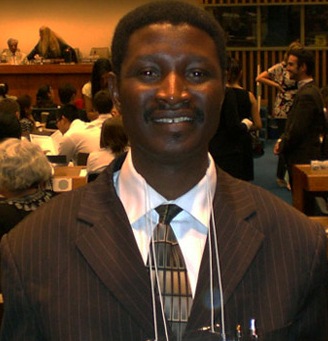 The Northern Chapter of Christian Association of Nigeria (CAN) has decried persistent attacks on rural farmers.

Its Chairman, Rev. Yakubu Pam, made the condemnation in Jos on Monday, saying that the situation could hamper the achievement of food security.

“Farmers are killed on the fields and this has forced them to abandon the farms; hunger is imminent in the country if nothing is done about this.”

Pam spoke to the News Agency of Nigeria (NAN) on the sideline of a regional delegates’ conference of the association taking place in the Plateau State capital.

The association chairman called for special protection for farmers, stressing out that farmers were vulnerable to attacks because their farms were normally in forests.

Pam also drew government’s attention the constant abduction of young girls and appealed for special security for those in the villages.

“We have also observed that girls in the northern part of the country are being withdrawn from schools and forced into marriage.

“The association is taking a deeper look into that menace and will come out with suggestions on ways to check the trend,” he said.

Pam also spoke against indolence among youths and advised that youths should embrace farming to become assets to the society.

“We must resort to farming to cushion the current economic hardship; doing nothing is very dangerous,” he said.

Pam said that the delegates’ conference, with the theme: “Peace and Unity in the Body of Christ”, was to buttress the need for unity in the church.

“Without love and unity, no human or spiritual community can survive including the church; unity of believers from different backgrounds is crucial,” he said.