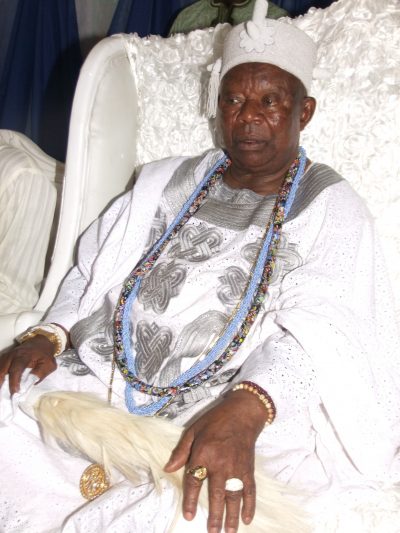 The traditional ruler of Ojodu-Abiodun in Ifo Local Government Area of Ogun State, Oba Sikiru Adelani Alabi has warned Fuji musician, Saheed Osupa not cause confusion in the society by continuing to lay claim to the Agba Akin of Omole title.

The traditional ruler who installed Osupa as Agba Akin of Ojodu-Abiodun said his jurisdiction did not extend to Omole which Osupa is claiming.

He warned the musician not to cause enmity between him and Baale of Omole, Alhaji Nosiru Bakare, who is threatening to drag Osupa to court for laying claim to the Agba Akin of Omole title.

The Agba Akin of Omole chieftaincy title is currently held by the former cruiser weight champion of the world, Bash Ali.

”My authority does not extend beyond my people in Ojodu-Abiodun under Ifo Local Government in Ogun State,” the monarch stated in the interview.

”I don’t want people to fight over title. Saheed Osupa is Agba Akin of Ojodu-Abiodun and not Omole,” the revered monarch stated.