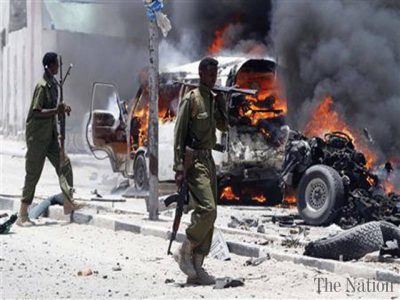 Huge clouds of smoke were seen over the capital and gunfire was heard.

Local media reported that gunmen had stormed the nearby SYL hotel, but those reports could not immediately be confirmed by NBC News.

It comes only three days after a car bomb and gun attack at a popular beach restaurant in the city killed 10 people.

That attack was claimed by regional al Qaeda-linked terror network al Shabaab which aims to topple the Western-backed government.