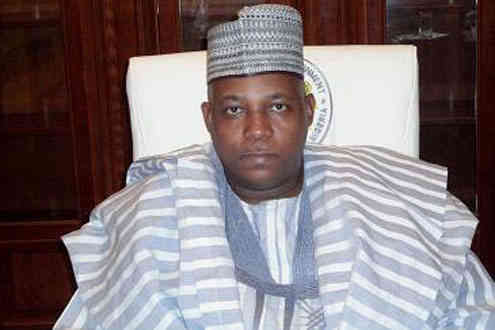 The Borno Government announced on Tuesday that it planned to immediately relocate Internally Displaced Persons (IDPs) from Konduga, Mafa and Dikwa local government areas taking refuge in Maiduguri back home.

Alhaji Babagana Umara, the Commissioner for Reconstruction and Rehabilitation, stated this while meeting with Brig.-Gen. Victor Ezugwu, the General Officer Commanding (GOC) 7 Division of the Nigerian Army in Maiduguri.

Umara said the action followed the directives of Gov. Kashim Shettima after the attainment of peace in the areas which were hitherto under the control of the Boko Haram terrorists.

“Gov. Kashim Shettima has ordered the immediate relocation of the IDPs from Konduga, Mafa and Dikwa local government areas from Maiduguri to their respective areas.

“This includes those staying in the refugee camp in Dikwa who will be moved into the main town,” he said.

Umara said that the meeting was to map out security arrangement toward the success of the programme.

He said that the state government was making arrangement to put in place necessary infrastructure for the comfort of the IDPs at home.

Umara commended the gallant efforts of the military in reclaiming the areas from the terrorists.

He also appealed to the GOC to assist in mobilising the necessary security for the success of the exercise.

Responding, Ezugwu assured that the military would provide enough security for the relocation of the IDPs, as requested.

He said that the military would work with other security agencies to ensure maintenance of peace in the communities after the exercise.