Man City's Hart to have medical at Torino 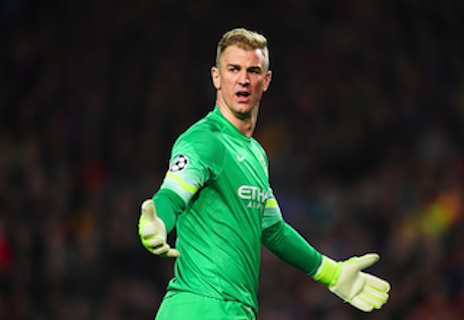 Manchester City goalkeeper Joe Hart will have a medical on Tuesday for his loan move to Serie A side Torino.

The Football Association gave Hart permission to leave the England camp on Monday so he could travel to Italy.

Hart, 29, has been told by new manager Pep Guardiola that he is free to leave.

A deal is now likely to be completed before the 31 August transfer deadline, with Hart then rejoining the England squad for Sunday’s first 2018 World Cup qualifying match in Slovakia.

Last week Everton boss Ronald Koeman ruled out a loan move for Hart after strong rumours linking him with the Merseysiders.

Hart is yet to feature in the Premier League under Guardiola, who has signed Chile goalkeeper Claudio Bravo, 33, from Barcelona.

Officials at the club have vowed to help the 29-year-old “find the best solution” in order to keep his international place. City are paying some of Hart’s wages to allow him to move to Serie A for the season, though the amount is not known.