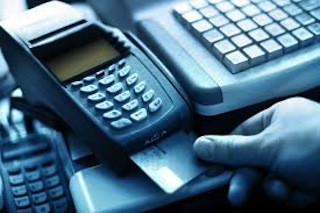 Worried by the myriad of problems associated with the use of e-payment channels in Nigeria, some Lagos residents lamenting the development have urged the government to urgently address the nation’s broadband.

Some of the e-payment channels in the country are Automated Teller Machines (ATM), Point of Sale Terminals (PoS) and Electronic Money Transfers among others.

The users, who claimed that they had experienced agonising moments from wrong debiting by ATMs and PoS and the delays in electronic transactions due to network failure, blamed the government and banks for inadequate infrastructure.

But experts in the industry told NAN that the banking sector like others in the economy had challenges militating against their operations.

They also said that increasing broadband capacity would reduce the network challenges bedevilling the ATM and PoS machines.

ATM was introduced into the Nigerian market in 1989.

The first ATM in Nigeria was installed by National Cash Registers (NCR) for the defunct Societe Generale Bank (SGBN).

The poor services had led many to abandon the use of such services offered by banks, preferring to withdraw or deposit their money inside the banking hall even though it is at their own risk.

“Considering the length of time these machines were introduced into the Nigerian banking sector, its problems should have been surmounted.

“One of the problems associated with the machine is the long queues often caused by network failure.

“Just to withdraw N5,000, I have been on this line for more than 30 minutes,” Mrs Priscilla Azubike, a customer using a bank’s ATM in Ejigbo said.

Another, Mr Linus Igiebor, said the machine debited his account without dispensing the money.

Igiebor said that such had been one of the issues with the ATM, and expressed the hope that the wrongly debited N15,000 would be reverted before the day was over.

He added that in spite of the banks informing customers that their money would be reverted within 24 hours, often it did not happen and in some cases it takes up to two weeks, especially when it happened in a different bank.

Mrs Oluchi Obike complained that the ATM often displayed “Out of Service” on its screen at critical periods, making it difficult for people to withdraw money.

Obike said it was disappointing that after spending much time on the queue, one would now be unable to withdraw cash, due to lack of service on the ATM.

She added that sometimes the machines would display an “Unable to Dispense Cash’’ which, she said, was so frustrating when one needed money urgently.

A civil servant, Ms Nkiru Obiekwe, told NAN that using the ATM at weekends was usually a frustrating experience.

“Most times you go to withdraw money, there is either no network or the money in the machine is exhausted,” Obiekwe said.

Adeoye, a former President, Information Technology and Security System Professionals (ITSSP), told NAN that the banking sector, like others had challenges militating against their operations.

He said the banks were doing their utmost best to tackle these challenges.

“Anybody that is complaining that ATMs in Nigeria are outdated and not in tune with those of other climes is not being fair to the industry.

“The machines are provided by the banks to ease the suffering encountered by the masses in transacting with them.

“These machines have their own challenges and because of the logistics involved, they update the technology from time to time to meet the needs of the people,” Adeoye said.

He said the challenges encountered in ATM usage were minimal when compared to its benefits.

“Some of the gains of electronic banking include being able to withdraw and pay money anywhere and the use of PoS terminals.

“The era of opening an account in a state and servicing it in that state has gone.

“Most people can now transact business on their mobile phones and even the PoS terminals,’’ he said.

Adeoye said that as regards criminality on ATMs, there was need to increase capacity in surveillance, monitoring and security of the machines.

“Anywhere technology is deployed, criminality abounds; and so, there is need to increase capacity in surveillance, monitoring and security services.

“There is also the need to keep records of security breaches as that will enable experts to analyse and work for crime detection,” he said.

Mrs Onajite Regha, the E-PPAN Chief Executive Officer, told NAN that a major challenge with the PoS and ATM usage in Nigeria was network connectivity.

“This connectivity continues to mar the progress in Point of Sales (PoS) adoption rate in Nigeria.

“As we progress as a nation, several things need to be put in place to mitigate the challenges faced with the usage of these machines,’’ Regha said.

She urged banks to improve their response to customers’ complaints in cases of failed transactions.

The chief executive officer said banks needed to effect quick reversal of any failed transaction, adding that the Central Bank of Nigeria (CBN) had a deadline for banks to resolve such transactions.

“Customers need to acquaint themselves with the process and demand responsibility from their financial institutions, whenever there is transaction failure.

“The Nigerian financial sector has shown a steady adoption of the e-payment channels which is commendable.

“These are developments, which will ensure efficiency in the system and customer satisfaction,’’ she noted.

According to the E-PPAN boss, the heightened incidence of fraud in banking operations reveals the need to create, “the Nigeria Electronic Fraud Forum (NeFF)’’ to address the problem.

Regha said the body, which consists of all relevant stakeholders, would enhance active and proactive reactions to the challenge of safeguarding the integrity of e-payment channels.