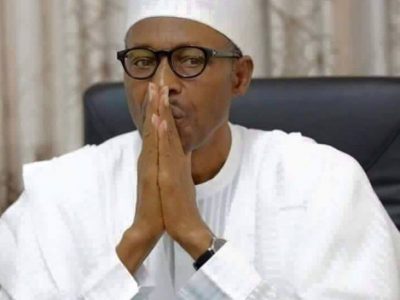 The police, in a statement dated August 29 and signed by the zonal Public Relations Officer, Muyiwa Adejobi, said the ‘Buhari’ in question was not President Buhari .

According to the police, a son to the Alhaji Buhari had reported the case to the police claiming that the arrested Igbo man was referring to his father.

Adejobi, in the statement, said “The attention of the Assistant Inspector-General of Police in charge of Zone 2 Command, Lagos, AIG Abdulmajid Ali, has been drawn to series of uncomplimentary comments and publications in respect of the case of a man, Joe Chinakwe, who was arrested and charged to court by the Ogun State police command for naming his dog “Buhari” and wishes to state categorically that the matter was grossly misconstrued.”

Adejobi further added that “the zonal command wishes to clarify and set the records straight that the case, as it was erroneously perceived, has nothing to do with the president of the Federal Republic of Nigeria, President Muhammadu Buhari, but with one Alhaji Buhari, the biological father of the complainant, Alhaji Halilu Umar, all of Ketere Area, Sango Otta in Ado-Odo Otta Local Government Area of Ogun State.”

He continued saying, “Also, it’s fundamental to state that the man was not charged to court for christening his dog ‘Buhari’, but for the behaviour of the suspect and circumstances surrounding the matter when Mr Joe, who had been having conflicts with his neighbour (complainant) named his dog, Buhari, his neighbour’s father’s name inscribed Buhari on both sides of the said dog, and started parading the dog with swagger amongst his neighbours and/traders who are mostly Northerners.”

“The said Joe was actually attacked by the people around for his action before he was rescued by the police. The timely intervention of the police prevented a crisis or inter-tribal crisis in the area.

“The zonal command, therefore, seeks the understanding of members of the public on the action of the man, which was capable of causing a breach of public peace, an offence the man, Joe Chinakwe, was actually charged for under Section 249(d) of the Criminal Code.

“The Assistant Inspector-General of Police in charge of Zone 2 Lagos, AIG Absulmajid Ali, appeals to the general public to understand the action of the police in the matter, which is in consonance with the primary duties of the Nigeria Police as enshrined in the constitution of the Federal Republic of Nigeria, and accept it as a professional way of preventing total breakdown of law and order.”