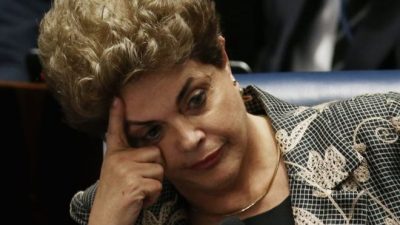 Brazil’s Senate overwhelmingly in the final phase of her impeachment trial voted on Wednesday to remove President Dilma Rousseff from office on charges of breaking budget laws.

A report from the Senate said the 61-20 vote in the upper house of Congress brings to an end 13 years of rule by the leftist Workers’ Party.

This was well clear of the 54 votes needed for a two-thirds majority.

The report added that the interim President, Michel Temer of the centre-right Brazilian Democratic Movement Party, would now take over country’s the leadership until its next presidential election in 2018.

Rousseff, who came to power in 2011 and was the country’s first female president, stood accused of manipulating state budgets as she ran for re-election in 2014.

She was also accused of improperly granting loans to the Federal Government from state-owned banks.

However, she denied any wrongdoing and has called her trial a right-wing “coup’’.

The impeachment proceedings — the first in Brazil in more than two decades — were opened in December.

Rousseff was then suspended from office in May after the lower house of Congress voted to impeach her.