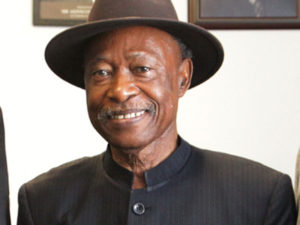 Six persons suspected to have been involved in the robbery of the Vanguard newspaper publisher, Mr Sam Amuka, have been arraigned before a Lagos Magistrate Court sitting in Ikeja.

The suspects who were brought before Magistrate Bola Osunsanmi were arraigned on a four-count charge bordering on conspiracy, armed robbery and grievous bodily harm, that occurred three months ago.

The prosecutor, Inspector Simeon Imohwa prayed the court for an order remanding the suspects in prison custody.

Magistrate Osunsanmi granted the request and ordered them remanded in Kirikiri prison, before adjourning the matter till November 10, 2016, for hearing.