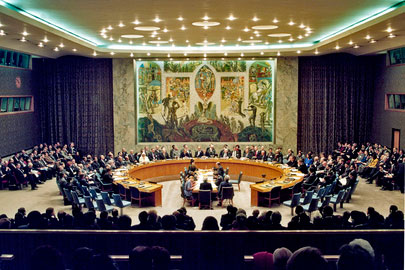 The UN Security Council has condemned in the strongest terms the serious terrorist bomb attack” against the Chinese Embassy in Bishkek, Kyrgyzstan, on Aug. 30, which caused injuries to some embassy staff.

The 15-nation UN body in a statement said wished those injured in the heinous terrorist attack a speedy recovery.

The council members commended the ongoing efforts of the Kyrgyz government to fully investigate this terrorist attack and “underlined the need to bring the perpetrators, organisers, financiers and sponsors to justice.

The council members also urged all nations, in accordance with their obligations under international law and relevant Security Council resolutions, to cooperate actively with relevant governments and authorities in this regard.

The Chinese Embassy in Kyrgyzstan was attacked on Tuesday morning by a suicide car bomber, in which the lone assailant was killed and five others were injured, besides serious material damage.