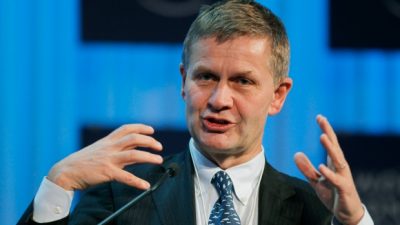 Reacting to the announcement in a statement on Saturday, Solheim said: “This announcement is hugely important. The leadership of China and the U.S. is crucial to taking the Paris Climate Agreement forward.

“By putting the well-being of our planet at the top of the agenda, the two largest economies in the world are also showing that our economic future is low-carbon and green.

“The fight against climate change remains difficult and urgent, but having heavy-hitters such as China and U.S. on your side is extremely heartening.”

China’s state media announced early Saturday that its National People’s Congress had approved the ratification of the agreement at the closing of a week-long meeting.

Brian Deese, a senior advisor to President Barack Obama, said the announcement by Beijing and Washington set a very clear path to help the Paris Climate Agreement to come into effect this year.

In December last year, negotiators from 179 countries and the European Union came out with final details of the Paris Climate Agreement, however, only 23 countries have ratified the accord.

To go into effect, at least 55 countries, or those accounting for 55 percent of greenhouse gas emissions, need to ratify the agreement.

The ratification by two of the world’s biggest emitters is a big step in the right direction as China accounts for 25 percent of the world’s emissions and the U.S., 15 percent.

The Paris Climate Agreement sets post-2020 goals for countries that aim to cap global warming below two-degree-Celsius and calls on signatories to set goals for checking their carbon emissions.

Once the deal has been ratified, countries have to wait a minimum of three years to exit.