The scary wonders and bitter lessons of September 11 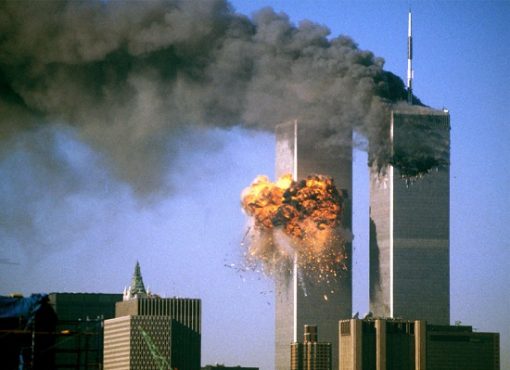 It is the 15th calendar year that the twin towers were brought down in New York, USA by radicalized Islamists under the cloak of Islam following a mid-air hijack of two US-bound commercial jetliners that wreaked a large-scale destruction of the World Trade Centre and a part of The Pentagon in a most daring attack. That harrowing incident goes down in history as a savage attack on civilisation which resulted in a monumental loss of human lives.

On the day in question four hijacked jetliners reportedly flew over the United States hitting targets below. I often sit back, hand on chin, cudgeling my brain to unravel the motive behind the attacks at the period under sad review, the more I try to find an answer the more I keep failing at every turn. The men who carried out September 11, 2001, attacks were doubtless a band of radicalized Islamists who loathed western values and cultures and in their campaign of hate killed no fewer than 3,000 people in the most powerful country in the world.

New York, Washington, Virginia and Pennsylvania were hit in the attacks which caused disgust and unbridled rage not only in the USA but across the world. This led to the mobilization of the world’s largest military alliance under the then President GW Bush Jnr. with a firm resolve to pursue the terrorist to their hideouts.

Our knowledge of any past event is always incomplete, probably inaccurate, beclouded by ambivalent evidence and biased historians without extensive research. Does Islam permit radical Islamism and a destruction of human lives? And does this violence go down well with those who profess the faith? I have had to do an in-depth research on this and also go the extra mile via formal discourses with the adherents of the faith but was astounded in no small measure at their opinions and stance on the Quranic teachings. If Islam is supposedly a religion of peace as they presented it in the course of our discourse, from whence comes their doctrines that often corrupt other adherents of the faith? This is a question that no one has been able to give me an answer to this day.

Be that as it may, the world is now under a more serious threat fifteen years after as terror-linked attacks are on the ascending order of magnitude. In Africa, for instance, al-Qaeda in the Islamic Maghreb has launched devastating attacks on Mali while Boko Haram holds sway in Nigeria’s northeast causing a large-scale destruction, Al-Shabab’s activities have taken a toll on human lives via cross-border attacks calling to mind the armed invasion of a shopping mall in Nairobi Kenya in the not too distant past.

Although America has taken some proactive measures and steps to forestall any of such attacks, pockets of terror-linked attacks have been reported in the country and in other countries in the West. A deadlier Islamist terror group, the Islamic State of Iraq and Syria has unleashed fury recently on great civilizations in this part of the Old World. France has been hard hit in these attacks and similar attacks by IS militants also took place in neighboring Belgium causing an appalling destruction of lives and property, the very recent one being the Mediterranean coastal city of Nice in France.

Today, as the whole world quakes with terror, there is no denying fact that most of us sleep with one eye opened not knowing whose turn the terrorists’ axe would chop like teak wood. Years after the American-led invasion of Iraq the death of Saddam has attracted a motley crew of discontents in the Arab world. Countries that took part in the gulf war face increased terrorism threats which speak volumes for the subsequent attacks on western interests all over the world. On September 9, 2013, American Consulate in Benghazi was attacked and scores of US diplomats were killed. Terrorism threats years after the gulf war have doubtless continued this time with undiminished intensity thus giving rise to questions as to why that war was ever prosecuted. However, there remains, a natural tendency to ask if the war and the resurgent attacks changed anything. But one and a half decade on, such conclusions seem unjustified.

September 11 did alter the focus and foreign policy of the George W. Bush administration. But the administration’s new approach, one that garnered so much praise and so much criticism, was less transformative than contemporaries thought. Much of it was consistent with long-term trends in U.S. foreign policy, and much has been continued by President Barack Obama. Some aspects merit the scorn often heaped on them; other aspects merit praise that was only grudging in the moment. Wherever one positions oneself, it is time to place the era in context and assess it as judiciously as possible.

All this writer hankers after is the lost golden age without weapons and violence and has often frowned upon the activities of perpetrators of violence and death merchants alike. Before 9/11, the Bush administration had amid other sensitive issues focused its foreign policy attention China and Russia; on determining whether a Middle East peace settlement was in the cards; on building a ballistic missile defense system; and on contemplating how to deal with “rogue” states such as Iran, Iraq, Libya, and North Korea. At many meetings of the National Security Council, officials debated the pros and cons of a new sanctions regime against Saddam Hussein’s dictatorial government in Baghdad; they also discussed what would be done if U.S. planes enforcing the no-fly zones over Iraq were downed. Fortunately or unfortunately little was agreed on at the period under sad review.

As we can see terror has indeed become a thorny and contentious issue the world must join forces to fight and bring to a standstill no matter whose ox is gored. Terror-linked attacks have cost the world so much that it has become a hydra-headed international problem set to annihilate mankind if it is allowed to rear its ugly head unabated. Countries have often been accused of sponsoring and exporting terror and it has become absolutely necessary to disabuse the minds of rogue regimes who arm terrorist that the world can not continue to trudge on at their mercy.

A standing multi-national military high command is considered absolutely necessary to both check and curtail the excesses of rogue nations who have been reasonably suspected and indicted for terrorism support and sponsorship in cash or kind. The world can not continue to brood over the misfortunes of the past without putting far-reaching measures in place to check the excesses , the causes of terrorism and thus make provision for a safer tomorrow. Urgent steps should be taken by the United Nations to enforce arms control, disarmament and regime change in countries which are caught red-handed providing financial or tactical support.

The big actors on the world stage commonly referred to as the Big-5 namely the United States, Russia, China, UK and France should as a matter of urgency review their foreign policies. These countries are tarred with the same brush when it comes to the quest for primacy and military supremacy, unilateralism without the expressed consent of the rest of the permanent members of the UN security council. It would be recalled, however, that the USA with its allies went ahead and prosecuted the war in Iraq without the expressed consent of other permanent members. There is indeed a great danger in this, unilateralism should increasingly be discouraged when it comes to taking military action against rogue regimes and dictatorial governments anywhere under the sun.

There is also a need for greater understanding and cooperation among the Big-5. Great-power partnerships would doubtless reduce terror threats by sending a strong message to leaders of rogue states of the culpable implications when implicated or caught aiding and abetting terrorists.

Economic liberalization will remove trade restrictions, promote global economic growth and, therefore, reduce poverty. Recent studies have shown that much of transnational together with domestic terrorism stems from grievances against rich nations. In some cases, terrorist group while expressing grievances attack nationals and property of rich nations in their land and such cases have been witnessed and recorded in countries most susceptible to terrorism. Cases of abductions of foreign nationals and attack on properties have been widely reported in Pakistan, India, Iraq, Libya, Kenya, Nigeria and a host of other countries.

Fractionalization is another contentious and thorny issue that must be looked into. A society that is fractionalized by conflicting interests brings about a weak government and when this occurs political instability is elevated. In Nigeria, for instance, we see a country that is highly polarised and this has resulted in a jihadist insurgency. In the south-east, marginalisation has brought about separatist feelings and aspirations thus giving birth to conditions that could trigger off terrorist acts. Urgent steps must be taken to address this emerging problem in that part of the country that is gradually rearing its ugly head on the ascending order of magnitude.