Ronald Reagans’ personal items to be auctioned in New York 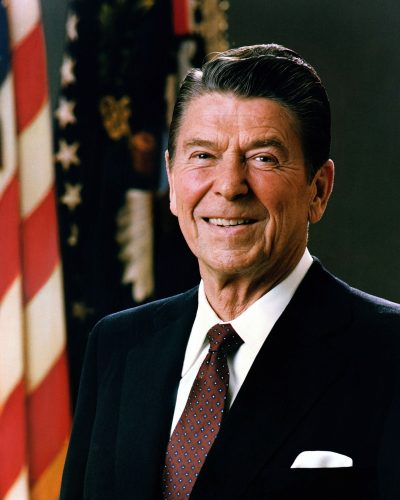 The personal belongings would be sold by auctioneer Christie’s in New York.

“It’s the private side of a very public life,” said Johnathan Rendell of Christie’s.

“A lot of the things on sale went with them from California to the White House and then came home again.’’

Nancy died in March while Ronald died in 2004.

The auction is expected to generate more than two million dollars, with the money going to The Ronald Reagan Presidential Foundation and Institute.

Rendell said the couple lived modestly. “This is not an incredibly lavish lifestyle. There are a lot of things that relate to their spending time together’’.

“Almost everything comes in pairs. They were notoriously devoted to each other and that really shows.”

Among the items are cowboy boots, a gift from Western actor Rex Allen and embossed with the U.S. presidential seal, expected to sell for about 20,000 dollars.

The top lot of the sale is Nancy’s diamond and gold lion pendant necklace by Van Cleef & Arpels expected to sell for between 30,000 dollars and 50,000 dollars.

There would be an online auction for the collection from Monday until Sept. 27 at bit.ly/2cUHEvW, while a live auction would be held Wednesday and Thursday.