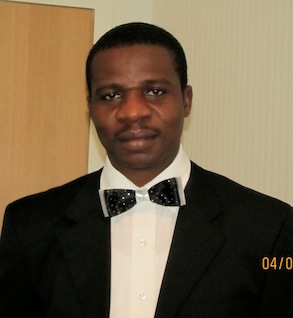 The trial of former Managing Director, Nigeria Airspace Management Agency (NAMA), Ibrahim Abdulsalam, before a Federal High Court in Lagos, on Wednesday suffered a set back following the absence of the trial judge.

Abdulsalam is charged alongside six others over alleged stealing and conversion of N6.8 billion belonging to the agency.

They are been prosecuted by the Economic and Financial Crimes Commission [EFCC].

The case which was fixed for continuation of trial, could not proceed on Wednesday, due to the absence of the trial judge, Justice Babs Kuewumi, who is said to be attending a conference.

The News Agency of Nigeria (NAN) recalls that the EFCC had on April 7, arraigned the former NAMA boss, three directors of the agency and wife of one of the directors, before the court.

They had all pleaded not guilty to the charge.

They again, pleaded not guilty to the charge, and were admitted to bail in the sum of N20 million each, with two sureties each in like sum.

In the charge, the EFCC alleged that on Aug. 19, 2013, the accused conspired to induce NAMA to deliver the sum of N2.8 billion to Delosa Ltd, Air Sea Delivery Ltd and Sea Schedules Systems Ltd.

It was alleged that the delivery was under the pretence that the money represented the cost of clearing NAMA’s consignments.

It was also alleged that between Jan. 2 and Dec. 17, 2013, the defendants allegedly converted N191 million belonging to NAMA to themselves.

The alleged offence is said to have contravened the provisions of section 8 (a) of the Advance Fee Fraud and other Fraud Related Offences Act, 2006, punishable under Section 1 (3) of the Act.