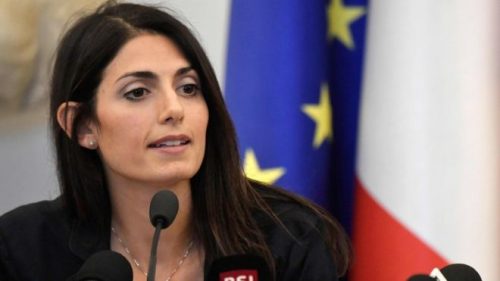 Rome is set to drop its bid to host the Olympic Games in 2024, after its anti-establishment mayor said it would be “irresponsible” to be a candidate.

Virginia Raggi of the Five Star movement was elected in June.

Her decision was a blow for the city’s Olympic committee which had hoped to change her mind. But officials said she had failed to turn up to a meeting.

Rome last hosted the Games in 1960 and pulled out of the bidding for the 2020 Olympics for financial reasons.

Boston and Hamburg have already dropped out of the running for the 2024 Games. Germany has not hosted a games since 1972, and Hamburg’s decision to pull out was made in a referendum.

Paris, Los Angeles and Budapest are still vying to host the Games. The remaining candidates must confirm their application and the endorsement of local public leaders by 7 October.

In ancient times here, Roman emperors offered the thrill of bread and circuses to appease and divert a restless population.

That tactic, it seems, no longer works. These days, Rome is a city which can barely pick up its own rubbish.

Among many Romans, the idea of hosting an Olympic Games hasn’t provoked much enthusiasm.

The new mayor knows that. She comes from the populist Five Star Movement, which has strongly opposed a bid for the Games.

Ms Raggi has had a difficult first few weeks in power. Her tenure has been overshadowed by accusations of mismanagement and cover-ups. Rejecting the Olympics may be her way of winning back popularity and asserting her own authority over the city.

Ms Raggi came to power after repeatedly saying she opposed the 2024 bid, but there had been hopes that she might agree to a local referendum.

The head of the Italian Olympic Committee, Giovanni Malago, had already indicated that without her support the bid would not go ahead and he said after the mayor’s announcement that her decision hurt. “It was possible to do this, and do it well,” he insisted.

The Roma 2024 committee sent out a series of tweets arguing that the city had lost the chance of billions of euros of investment in transport infrastructure with the hashtag “Rome without a future”.

But Ms Raggi disagreed. “We are effectively asking the people of Rome and of Italy to shoulder the debts. We just don’t support it,” she told reporters.

“No to the Olympics of concrete, absolutely not! No to cathedrals in the desert,” she said, suggesting that Rome would have been left with redundant sports facilities.

The mayor said Rome was still paying out for the last time it held the Games in 1960.

The International Olympic Committee will elect the host at a vote in Lima, Peru in September 2017, with Paris considered the favourite after unsuccessfully bidding for the 1992, 2008 and 2012 Games.

That was a template used by Los Angeles in 1984, when existing stadiums and other facilities were used and the Games made a profit. LA’s projected 2024 budget is $4.52bn, with a hoped-for profit of $150m.

But most cities have made a loss. The 2004 Athens Games cost almost €9bn and increased Greece’s public debt.