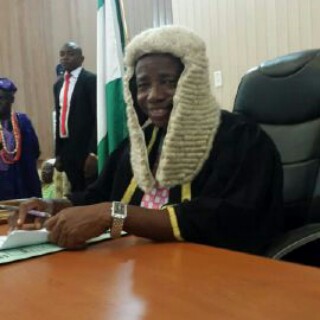 The Speaker, Ekiti House of Assembly, Mr Kola Oluwawole, said that eight truck drivers were apprehended on Saturday for violating the environmental law in the state.

The speaker disclosed on Saturday in Oye-Ekiti that the suspects were apprehended during the monthly environmental sanitation in Oye- Ekiti.

According to him, the truck drivers have been handed over to the mobile court at Oye-Ekiti for prosecution.

He, however, frowned at the attitudes of truck drivers, who were in the habit of violating the environmental sanitation law of the state.

Oluwawole warned them to desist from such practice or be ready to face the wrath of the law.

He directed local government environmental officials in the state to always mount road block so that the drivers would not have access to move during the exercise.

The speaker advised shop owners to always clean their frontage and gutters because a clean environment would enhance a healthy living.
However, the Chairman of Oye Local Government, Mr Omotayo Olamide, expressed happiness over the level of compliance of the residents to the exercise.